The sensor set design problem amounts to finding a suitable population of sensors that enable a requisite degree of monitoring capability. It is an inverse problem in the sense that it is the opposite of determining what faults can be diagnosed using an existing sensor set. Instead, determine the sensor set needed to provide a requisite fault diagnosis capability.

An assessment of well a sensor set supports the diagnosis of a fault was performed for the case of the High-Pressure Feedwater System shown here. 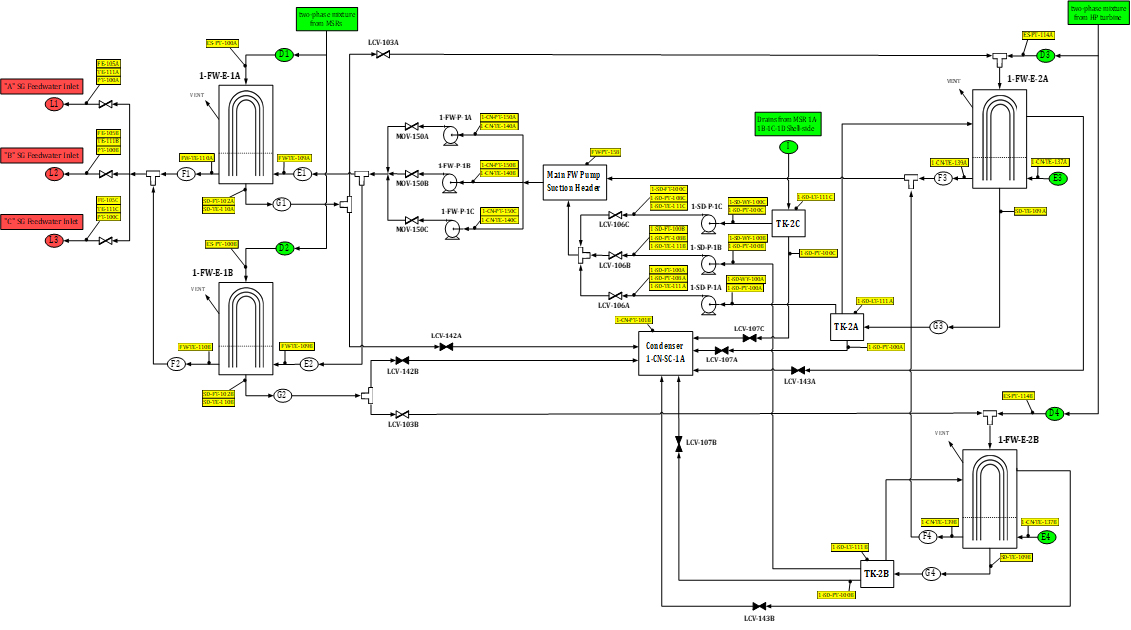 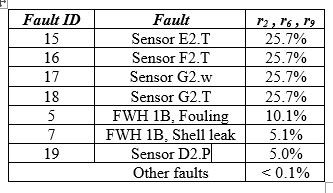 The inability to uniquely identify sensor E2.T as a failed sensor indicates that the existing sensor set does not provide adequate coverage for diagnosing this sensor failure. The sensor assignment problem then is to determine that minimum cost sensor addition that would allow for a unique diagnosis to be made. The solution to that problem can be obtained with the methods and algorithms in PRO-AID.

There some faults that are not directly observable during early degradation before onset of failure. Examples include fretting of heat exchanger tubes and stress corrosion cracking of metal structures. Virtual indications for the state of degradation for these types of faults are needed.