With the right tools, scientists can have Superman-like X-ray vision that reveals hidden features buried within objects — but it’s highly complicated.

The Advanced Photon Source (APS), an Office of Science User Facility at the U.S. Department of Energy’s (DOE) Argonne National Laboratory, gives scientists access to highly penetrating X-rays that can illuminate — at the atomic level — materials contained deep within other structures.

The next phase for the APS, the APS Upgrade, transforms today’s APS into a world-leading, storage-ring based, high-energy X-ray light source that equips scientists with a vastly more powerful tool for investigating and improving the materials and chemical processes that impact nearly every aspect of our lives. In particular, the Upgrade enables the use of lensless imaging methods with high-energy X-rays to overcome optics limitations for obtaining the highest spatial resolution deep within opaque samples.

“It’s similar to trying to determine the shape and size of a stone thrown into a pond by looking at the ripples the stone creates, except in three dimensions. If your pixel size is small enough … you can [actually] … obtain a three-dimensional picture of the object causing the scattering.” — Siddharth Maddali, Argonne postdoctoral researcher

However, using high-energy X-rays for deep penetration comes with a potential hitch — deeply penetrating X-rays can run into limitations with current detector technology.

“Essentially, the signal on the detector gets more and more compressed as we go to higher and higher X-ray energies,” said Argonne postdoctoral researcher Siddharth Maddali. ​“The price we pay for more penetrating X-rays is a loss of fidelity in the recorded data.”

In a new study, researchers at Argonne have found a novel way to overcome these limitations.

These limitations, according to Argonne X-ray physicist Stefan Vogt, are like using a low-resolution computer monitor to view a high-resolution digital photograph. ​“You cannot see the fidelity of the original image,” he said.

The overall effect makes the image appear to be pixelated, said Maddali, an author of the study.

Because the distance from target to detector is relatively fixed, improving the resolution of a pixelated X-ray scattering image — in essence, sharpening it — requires computational algorithms that create subdivided ​“virtual pixels” that can redistribute the pixelated image. Then researchers can use a process called phase retrieval to reconstitute real-space information about the sample based on the scattered X-ray wavefronts.

“It’s similar to trying to determine the shape and size of a stone thrown into a pond by looking at the ripples the stone creates, except in three dimensions,” Maddali said. ​“If your pixel size is small enough so that you can see the ups and downs in the wave, you can computationally process those images and obtain a three-dimensional picture of the object causing the scattering.”

By using signal processing in this manner, scientists are able to effectively computationally correct an image  that would have otherwise required an experimentally impossible system of lenses to resolve.

Scientists could use this technique to gain better information about material interfaces, and thereby better understand and ultimately control the behavior of new materials.

The research was funded by DOE’s Office of Science.

Walter Massey, the lab’s first Black director, looks back on his time at Argonne and talks about the inequities of minorities in science in light of a new Argonne Fellowship named for him.
February 25, 2021 | Nuclear Reactors, X-Ray Science and Technology, STEM Outreach 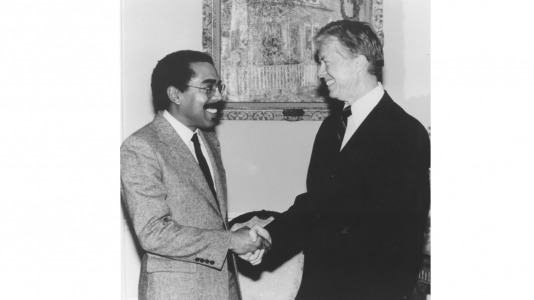 An international research team used the ultrabright X-rays of the Advanced Photon Source to examine neurons in the brains of schizophrenia patients. What they learned may help neurologists treat this harmful brain disorder.
February 23, 2021 | Biology, Animal Biology, Neuroscience 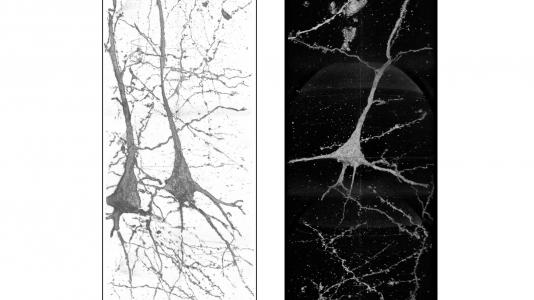 Argonne was established 75 years ago with a mission to advance atomic energy. Today we are working to revitalize the U.S. energy sector and boost growth economywide.
February 22, 2021 | Computational Chemistry, Cyberphysical Systems, Energy Technology and Storage