The U.S. Department of Energy (DOE) Office of Science (SC) has given DOE’s Argonne National Laboratory approval in the next phase of the $815M upgrade of the Advanced Photon Source (APS), a premier national research facility that equips scientists for discoveries that impact our technologies, economy, and national security.

DOE’s Critical Decision 3 (CD-3) milestone approval is a significant recognition of DOE’s acceptance of Argonne’s final design report for the complex APS Upgrade (APS-U), and authorizes the laboratory to proceed with procurements needed to build the nation’s brightest energy, storage-ring based X-ray source. The upgrade positions the APS to be a global leader among the new generation of storage-ring light sources that is now emerging.

“This project will be a scientific game-changer. The APS Upgrade will allow researchers to see things at a scale they have never seen before with storage-ring X-rays.” ― Robert Hettel, director of the APS Upgrade project

Argonne’s APS, which works like a giant X-ray microscope, is a DOE Office of Science User Facility supported by the Scientific User Facilities Division of the Basic Energy Sciences Program in the Office of Science. It produces extremely bright, focused X-rays that peer through dense materials and illuminate the structure and chemistry of matter at the molecular and atomic level. By way of comparison, the X-rays produced at today’s APS are up to one billion times brighter than the X-rays produced in a typical dentist office.

Upon completion, the APS-U will equip scientists with a vastly more powerful tool for extending their research into new realms, accelerating impactful discoveries in science and technology and driving U.S. prosperity and security.

“This project will be a scientific game-changer,” Robert Hettel, director of the APS Upgrade project, said. ​“The APS Upgrade will allow researchers to see things at a scale they have never seen before with storage-ring X-rays. We’ll be able to look deep inside real samples, such as biological organisms, and observe atoms moving in real time. Such extreme levels of detail will open new frontiers and discoveries in basic science and help solve pressing problems across a wide range of industries.”

Examples of potential future pivotal discoveries possible at the upgraded APS include:

The upgrade will increase the brightness of the already super-bright X-rays another 100 to 1,000 times over the present facility, and depending on the technique used, will allow scientists to map the position, identity and dynamics of the key atoms in a sample.

Every year, more than 5,500 researchers from every U.S. state, Washington D.C., Puerto Rico, and countries across the world conduct experiments at the APS that have:

Scientists at the APS have also uncovered secrets of history and archeology by studying the composition of an ancient Egyptian mummy and the arms of SUE, the Tyrannosaurus rex specimen at The Field Museum of Chicago. In addition, APS research has increased our understanding of our solar system and the Earth itself through studies of meteorites, space dust and geological rocks and minerals.

“The upgraded APS will enable science at a completely new scale, enabling discoveries across a wide range of research from microelectronics to polymers to quantum,” said Paul Kearns, Director, Argonne National Laboratory.  It’s an exciting time as Argonne is building two powerful facilities for the world’s scientific community. Together, the upgraded APS and our Aurora exascale computing system will provide powerful new capabilities to accelerate science and technology for U.S. prosperity and security.”

X-rays at the APS are produced by electrons that are accelerated to high energies, moving at nearly the speed of light as they pass though magnet arrays in a 1.1-kilometer circular storage ring. X-rays are emitted from the storage ring into beamlines, which are equipped with experimental end stations. There, researchers use varying instrumentation to investigate the structure and chemistry of matter in a wide variety of systems across a broad spectrum of time and energy scales.

The goal of the project is to replace the APS storage ring and develop or update X-ray beamlines and other equipment creating the more powerful X-ray facility. The APS-U storage ring will feature a new design, a multi-bend achromat lattice, with many more bending magnets and magnet-focusing cells than the present machine, resulting in brighter X-ray production.

Removal of the old storage ring and installation of the new one is planned to begin in June 2022. This installation and subsequent ring commissioning period will last for about one year, after which the APS-U X-ray beamlines will be brought online for researchers.

“We thank the Department of Energy for their confidence in our team’s design and their authorization to complete this important project,” said Stephen Streiffer, Director of the APS and Associate Laboratory Director for Photon Sciences at Argonne. ​“This ambitious effort will ensure that the United States remains at the forefront of hard X-ray sciences for decades to come.”

Asteroid Ryugu was once part of a much larger parent body, new results find

Can Science Solve the Mystery of the Concrete Book?

A year ago, scientists got their first look at material gathered from nearby asteroid 162173 Ryugu. Now the results of those studies have been revealed, and they shed light on the history of our solar system and the long trek of this cosmic wanderer.
September 22, 2022 | Astronomy and Astrophysics, Cosmology, Planetary Science 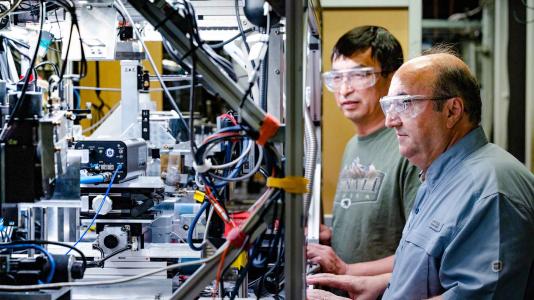 Peering deep into a flame 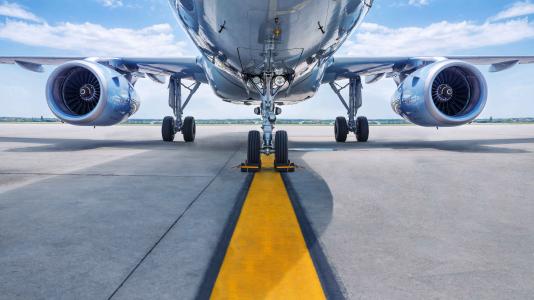