January 7, 2022
A back-to-basics look at nuclear energy and the importance of science communication in the nuclear field.

Advanced nuclear reactors will be a key component of a carbon-neutral economy. In this recent conversation hosted on Argonne’s Instagram channel, Andrew Breshears discusses his career path, talks about the importance — and challenge — of communicating to the public about nuclear power, and explains the basics of nuclear energy and nuclear power.

Breshears is a principal nuclear chemist at the U.S. Department of Energy’s Argonne National Laboratory.

Argonne: What is your background and how did you come to work at Argonne?

Breshears: When I was in grade school, a family friend, who worked at Pacific Northwest National Laboratory, got me interested in science. He used to work on nuclear submarines and he would bring math problems whenever he came to visit our family.

Then in high school, I realized I have a penchant for chemistry. I decided to study chemistry in college, because it’s a STEM — science, technology, engineering and math — degree and I had been told I could do anything with that. In college, I got a bachelor’s of science in chemistry. After that, I wanted to earn a Ph.D. and went on to the University of Missouri, where [I took a summer internship] at Argonne.

After one summer, I was made a lab graduate fellow and I’ve been here ever since.

Argonne: Do you mind sharing a few words on the importance of communication between the nuclear industry and the public?

Breshears: Sure — I care very much about this. I often visit schools — kindergarten through 12th grade and even universities — and talk about what I do and what Argonne does.

I’d like to tell a story. I use public transportation quite a bit. One day I’m reading a review paper by a researcher named Michel Ephritikhine who does a lot of uranium activation. For anyone who just glances at it, that paper probably looks like a jumble of letters and lines. And it’s really hard and complicated to really wrap your mind around it.

I turned to look over my shoulder and a little girl is peeking over the seat behind me and she’s looking at the paper. I asked her ​“This probably looks really complicated, but is there anything here that you understand?” And sure enough, she pointed to CO2 and said, ​“Oh, that’s carbon dioxide. I learned about that at school.”

That gave us a foundation to start talking. I told her about the paper and why something that people consider harmful — uranium — is actually not harmful. Many people still think it is. We need to confront that as a part of our duty in communicating with the public.

I had this nice talk with her about getting rid of carbon dioxide by using uranium or other types of metals to do catalytic conversion. In the end, her dad thanked me.

Argonne: People that work in nuclear science often talk about harnessing the power of the atom. We also know that there are other forms of energy. With that as the context, what do we mean by ​“power,” and what is nuclear energy?

Breshears: With nuclear energy, we are causing the heavy atom of uranium to break apart within a reactor by basically hitting it with a subatomic particle called a neutron. That neutron causes uranium to become unstable and it breaks apart.

When it breaks apart, something really spectacular happens — it loses mass. Think of it like splitting a piece of bread. When you split that piece of bread apart, you get two halves, but when you put the pieces together, some of it has disappeared.

What happens to that stuff that disappears? That is mass becoming energy. By forcing that uranium to split apart, we take that mass and turn the missing stuff into energy. By turning it into energy, it becomes heat. That heat then creates steam. That steam then goes through a turbine — so it’s a lot like other ways that we produce energy using heat — and by turning that turbine, you get electricity.

Argonne: Over 75 years ago, Enrico Fermi and his team figured out how to create the first self-sustaining nuclear reaction. That was nuclear energy in its early days. Explain for us how he did this and how this differs from today’s advanced nuclear reactors.

Breshears: Enrico Fermi did this in Chicago in 1942 underneath the University of Chicago’s Stagg Field. He was using bricks of pure graphite and some uranium. By slowing down the neutrons with that graphite, he was able to get those neutrons to hit new uranium atoms. Those uranium atoms split apart and then more neutrons, which are needed to cause the breaking apart of the uranium atom, go through the rest of the reactor.

There’s a chance that a neutron will hit another uranium atom to cause another fission. The chain reaction is that fission, which creates more neutrons. By then, there is a sustained reaction, and it’s creating all this heat and all this energy.

In the last 75-plus years, we’ve seen that we’ve gone from using graphite to water. In this case, water actually lends itself to making power. Water not only slows down the neutrons, but it heats up and creates steam, which is used to power a turbine.

For advanced reactors, we’re looking at using new material to transport that heat, like liquid metals, because metal conducts heat really well, better than water. We can also use salts [in molten form] to circulate the heat through the system. Those are just two examples of six different advanced reactor concepts that are being proposed right now.

Argonne: What’s the coolest thing about being a nuclear chemist?

Breshears: I learn something new every day. I’m not sure how many people can say that.

This conversation was edited for length and clarity. The full conversation is available on Argonne’s Instagram and YouTube channels. 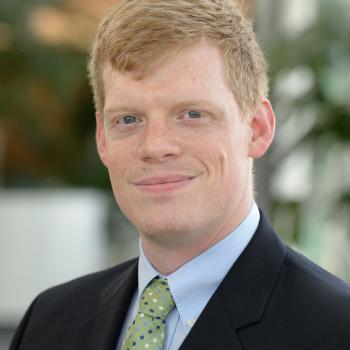 If someone was interested in exploring your line of work as a career, what is one piece of advice you would give them?

The advice I would give is that they need to have a passion for learning. Everyday I am challenged to learn something new that I didn’t know before. To look deeper at problems in order to devise a solution, which I find deeply rewarding. For that person to pursue the same career and finding meaning in it, that person would have to love being a life-long learner.