Researchers are increasingly looking to hydrogen fuel cell systems as alternate power sources for vehicles and other applications due to their fast refueling time, high energy density and lack of harmful emissions or byproducts.

Scientists at the U.S. Department of Energy’s (DOE) Argonne National Laboratory have recently developed and studied fuel cell catalysts — chemicals that speed up important fuel cell reactions — that don’t use platinum. The research provides better understanding of the mechanisms that make these catalysts effective, and the new insights could help inform the production of even more efficient and cost-effective catalysts.

“We observed the process in real time at the atomic scale to gain understanding and to inform the design of better-performing catalysts.” — Deborah Myers, senior chemist and leader of the Hydrogen and Fuel Cell Materials group in Argonne’s Chemical Sciences and Engineering (CSE) division

Commercially available hydrogen fuel cells rely on the oxygen reduction reaction (ORR), which splits oxygen molecules into oxygen ions and combines them with protons to form water. The reaction is part of the overall fuel cell process that converts hydrogen and oxygen in air into water and electricity. The ORR is a relatively slow reaction, limiting fuel cell efficiency and requiring a large amount of platinum catalyst.

“Currently, the oxygen reduction reaction is facilitated by platinum alloy catalysts, which are the most expensive component of the fuel cell electrodes,” said Deborah Myers, a senior chemist and the leader of the Hydrogen and Fuel Cell Materials group in Argonne’s Chemical Sciences and Engineering (CSE) division. ​“Widespread, sustainable commercialization of fuel cell electric vehicles requires either a dramatic reduction in the amount of platinum required or the replacement of platinum catalysts with those made of earth-abundant, inexpensive materials like iron.”

The most promising platinum-free catalyst for use in the ORR is based on iron, nitrogen and carbon. To produce the catalyst, scientists mix precursors containing the three elements and heat them between 900 and 1100 degrees Celsius in a process called pyrolysis.

“The mechanisms by which the active sites are formed during pyrolysis are still very mysterious,” said Myers. ​“We observed the process in real time at the atomic scale to gain understanding and to inform the design of better-performing catalysts.”

Myers and collaborators conducted in situ X-ray absorption spectroscopy at the Materials Research Collaborative Access Team (MR-CAT) at Argonne’s Advanced Photon Source (APS), a U.S. DOE Office of Science User Facility, to uncover the behavior of the material at the atomic scale during pyrolysis. They aimed an X-ray beam through the iron, nitrogen and carbon precursors and observed which elements chemically bonded to each other and how.

The scientists found that during the pyrolysis of the iron, nitrogen and carbon precursor mixture, the nitrogen-graphene sites are formed first, and then gaseous iron atoms insert themselves into these sites. They also found that they can produce a higher density of active sites in the catalyst by inserting nitrogen into the carbon first, using a technique called doping, and then introducing iron to the system during pyrolysis, as opposed to heating all three components together.

During this process, the scientists place the nitrogen-doped carbon in the furnace, and gaseous iron atoms insert themselves in vacancies at the center of groups of four nitrogen atoms, forming active sites. This approach avoids clustering and burial of iron atoms in the bulk of the carbon, increasing the number of active sites on the graphene surface.

The study was a part of a larger project funded by the DOE Fuel Cell Technologies Office, called the Electrocatalysis Consortium (ElectroCat), aimed specifically at driving development of platinum-free catalysts for fuel cells.

“Our mission as one of the core national laboratory members of ElectroCat is to not only develop our own catalysts in the consortium, but to support collaborations with universities and industry as well,” said Myers.

The conclusions of this study help close the knowledge gap between input precursors and the resulting structure of the catalyst after pyrolysis. The pivotal discovery gives scientists an avenue to increase the active site density in the material, and the group will continue to develop more active and stable platinum-free catalysts for use in hydrogen fuel cells.

A paper outlining the results of the study, titled ​“Evolution pathway from iron compounds to Fe1(II)−N4 sites through gas-phase iron during pyrolysis”, was published on December 27, 2019, in the Journal of the American Chemical Society.

ElectroCat is supported by the Department of Energy, Energy Efficiency and Renewable Energy, Fuel Cell Technologies Office. More information can be found on the ElectroCat website. 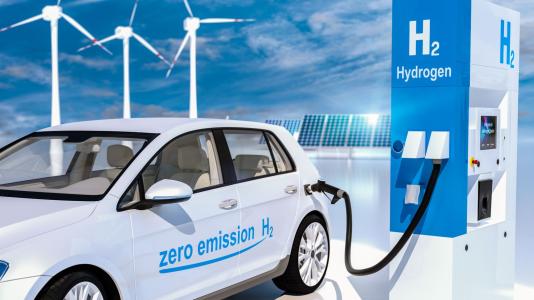 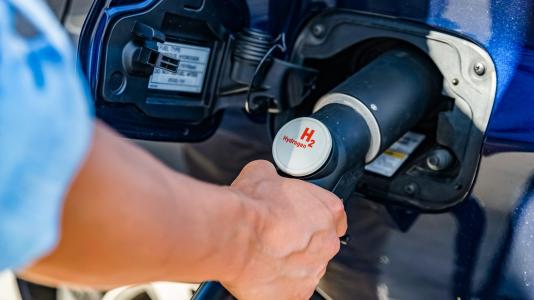