By
Marguerite Huber
|
January 10, 2023
The Geospatial Energy Mapper is an interactive online mapping tool that can help identify areas across the country that are suitable for wind, solar, and other clean energy infrastructure projects.

It can be hard to remember, or for some to even imagine, what life was like before most of us carried around a dynamic mapping platform in our back pocket. Being able to quickly map out the most efficient route by car, bike, or foot has become second nature. What if the same principle of having an easily accessible and easy-to-use tool could be applied to mapping energy infrastructure?

The Geospatial Energy Mapper (GEM) is a comprehensive, interactive online mapping tool that can help identify areas across the country that are suitable for wind, solar and more. First publicly launched in 2013 as the Energy Zones Mapping Tool (EZMT), GEM has been redesigned, rebranded and reengineered. GEM is hosted by the U.S. Department of Energy’s (DOE) Argonne National Laboratory with funding from the DOE’s Office of Electricity.

“In GEM we applied lessons learned from almost 10 years hosting the EZMT, including making it easier to learn and use, updating the software architecture, and choosing a name fitting its current scope of uses,” said Jim Kuiper, principal geospatial engineer and GEM technical coordinator.

GEM offers an extensive catalog of mapping data. This includes energy resources and infrastructure, and other information that might influence energy infrastructure siting decisions. With over 190 different mapping layers — including demographics, boundaries and utilities — users can locate areas for clean power generation, electric vehicle charging stations and more.

One of the new features is mapping themes, which allow the map to be rapidly set up for a particular focus, like solar, wind or electric vehicles. This new feature helps users quickly load multiple layers related to a particular technology or resource without having to manually browse the mapping catalog and add individual layers to the map.

With GEMs modeling capabilities, users can generate a customized suitability map or ​“heat map.” This map shows which geographical areas in the United States are favorable for the development of certain energy resources and infrastructures. GEM includes preconfigured models for over 40 types of energy infrastructure. Land-based wind turbines or utility-scale photovoltaic solar are two examples. This provides a convenient starting point that users can then easily customize.

“Choosing where to build utility-scale renewable energy development is a tremendously important decision with effects that reverberate beyond the generation of electricity,” said Michael Levin, a GEM user and Ph.D. student studying renewable energy landscapes at Columbia University. ​“GEM not only makes energy suitability maps public but allows for the user to customize the model used to produce such a map.”

GEM is expected to have a diverse community of users much like the EZMT. The tool has been used by planners and regulators at all levels of government. For instance, Kentucky’s Office of Energy Policy used the EZMT for prototyping their Solar Site Suitability on Reclaimed Mine Lands tool. Other users include private industry, public service commissions and regional transmission organizations. Finally, national laboratories, educational institutions, energy and natural resource non-profit organizations, and private individuals have all been EZMT users.

Argonne will host a virtual tutorial of GEM on Tuesday, January 17th at 2 PM CT. Click here to attend the webinar or join on the web using meeting ID: 239 067 030 426 and passcode: rmgSfv. 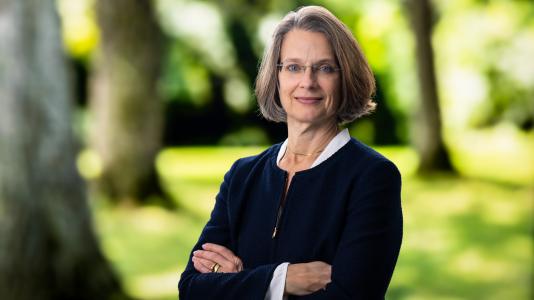