By
Liz Thompson
|
June 3, 2022
Argonne is helping the aviation industry chart a more environmentally friendly future by bringing science and industry together to advance the research and development of sustainable aviation fuels.

For the past 10 years, scientists at the U.S. Department of Energy’s (DOE) Argonne National Laboratory have developed new ways to study and model the performance of fuels inside an engine. Now, Argonne is leading the effort to use sustainable aviation fuels (SAFs) to decarbonize aviation. Recently, Argonne held a workshop that brought 100 leaders in the U.S. aviation industry together with Argonne’s scientists and academic partners to discuss their mutual goals of achieving a greener future for commercial aviation.

The workshop, ​“Sustainable Aviation Fuel End-Use Research Opportunities,” was held on February 15th and 16th. Representatives from many of the largest U.S. manufacturers of commercial aircraft engines attended the workshop, including General Electric, Pratt & Whitney, Rolls-Royce, Honeywell, and Williams International. By hearing from industry leaders, as well as SAF manufacturers, participants in the workshop focused on identifying gaps in research that needed to be addressed to decarbonize aviation.

“Ultimately, we need to get to 100% sustainable fuel blends so we can completely decarbonize aviation.” — Brandon Sforzo, senior research engineer at Argonne

“Our goal here is to help reduce the carbon footprint of the aviation sector,” said Argonne research engineer Brandon Sforzo. ​“Improving the adoption of these sustainable aviation fuels serves people and the planet.”

Airplanes use an enormous amount of fuel. Despite more than doubling the efficiency of aircraft engines since the 1970s, airplanes are still responsible for 11% of U.S. transportation-related carbon dioxide emissions. SAFs created from low-carbon sources could dramatically cut aviation’s carbon footprint and decrease its reliance on fossil fuels.

Last fall, the White House launched the Sustainable Aviation Fuel Grand Challenge, encouraging government agencies to work together to promote the production of SAFs. The primary goals of this initiative are to 1) produce enough SAFs to meet 100% of jet fuel demand by 2050, and 2) cut greenhouse gas emissions from aviation at least by half, calculated on a lifecycle basis using Argonne’s Greenhouse Gases, Regulated Emissions, and Energy Use in Technologies Model (GREET) model. GREET has been used by many agencies such DOE, FAA and International Civil Aviation Organization (ICAO) to quantify life-cycle GHG emissions of various SAF pathways.

Argonne is in a unique position to help meet this challenge by conducting critical research on SAFs and how these new low-carbon fuels actually work inside a jet engine. Argonne has pioneered new ways to study and model fuel performance inside of automotive and aircraft engines, which they are now applying to SAFs. Argonne also has the use of specialized facilities and resources to advance the science of SAF usage. This includes Argonne’s access to the Argonne Leadership Computing Facility and the Advanced Photon Source (APS), both DOE Office of Science user facilities.

“There is already a pretty substantial thrust from the DOE and the U.S. Department of Agriculture to figure out how to make, produce, and scale-up the production of these sustainable aviation fuels,” said Doug Longman. The manager of engine research at Argonne, Longman is building upon decades of his own work on biofuels for trucks and cars, and on foundational research that has already been conducted on getting SAFs to work well in jet engines. ​“A meaningful and impactful contribution can be made in this space by reducing the combustion uncertainties of these new fuels,” he said.

Currently, SAFs can only contain up to 50% sustainable components, with the rest comprised of petroleum-based jet fuel. ​“Ultimately, we need to get to 100% sustainable fuel blends so we can completely decarbonize aviation,” said Sforzo.

There will be some differences in how SAFs will perform in aircraft engines when compared to jet fuels, and this is where the research opportunities exist to explore. For example, it may be possible to take advantage of unique characteristics of SAFs to design the next generation of aircraft engine.

Sibendu Som, who is the director of the Center for Advanced Propulsion and Power at Argonne, said the three main research opportunities identified in the workshop concerned the modeling and simulation tools for important physical processes and chemistry of SAFs. ​“The first problem we need to address is that existing computational tools and physics-based models need to be improved to work with SAF fuels,” he said. Argonne uses these to simulate how the air and fuel flow and mix inside engines. These advanced modeling efforts can drastically increase the speed of research and development.

Scientists also want to have a better understanding of what happens to SAF fuels inside an aircraft engine. Here, the APS can provide new insights by using advanced X-ray techniques to see how fuel comes out of the injector. Another major gap is a better understanding of the combustion chemistry of these new fuels and how it correlates with the formation of contrails. Argonne scientists are also working to address this issue by developing chemical kinetics data that help improve chemical models in collaboration with other national labs.

As Argonne works with industry partners to decarbonize aviation, commercial aviation is taking its own steps to raise awareness of its emissions. ​“Now, when you go to Google Flights to look up flight options, it will tell you about that flight’s carbon footprint,” Som said. These efforts, combined with an increase in the use of SAFs, can go a long way towards reducing fossil fuel use in the aviation industry.

The workshop was funded by the DOE Office of Energy Efficiency and Renewable Energy’s Vehicle Technologies Office. 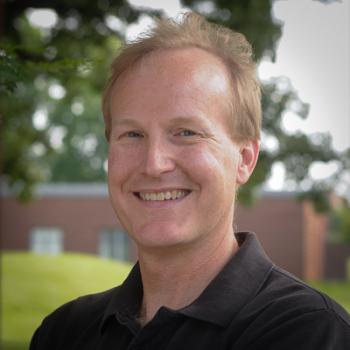 I enjoy spending time with my grandsons, and I like tinkering and doing house repairs. 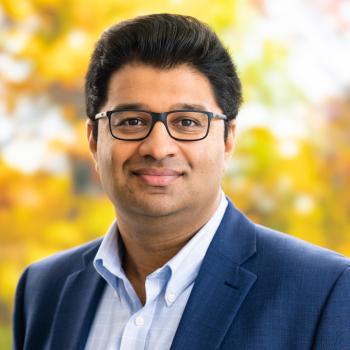 What inspired you to pursue your career or line of research?