By
Dave Bukey
|
February 6, 2020
Research that’s fueled to take off

Anyone who looks to the stars also dreams of going to space. Turning this dream into reality depends on countless technological advances. One of these is new rocket and aircraft engines, which are becoming easier and cheaper to design and test, thanks in part to scientists at the U.S. Department of Energy’s (DOE) Argonne National Laboratory.

Better rockets and jet engines will move the dream from our heads closer to reality. More importantly, they will also make air transport cleaner and more efficient while strengthening our national security.

Aerospace and defense companies spend billions over many years to design and test new rockets and gas turbine engines. Fortunately, scientists can slash that effort dramatically when they build a virtuous cycle of experiments and computer simulations. A team of Argonne scientists is combining one-of-a-kind X-ray experiments with novel computer simulations to help engineers at aerospace and defense companies save time and money.

The process starts at Argonne’s Advanced Photon Source (APS), which produces ultra-bright X-rays; they are over a million times brighter than those in a dentist’s office. Using the 7-BM X-ray beamline at the APS, engineers Brandon Sforzo, Alan Kastengren and Chris Powell peer through the steel of an engine’s fuel injector using this ultimate 3D microscope, which sets Argonne’s capabilities apart from others.

“Visualizing through steel with this detail is not possible with any other diagnostic technique,” said Prithwish Kundu, an aerospace engineer at Argonne who develops predictive computer models derived from experiments at the APS, a DOE Office of Science User Facility.

Sforzo agrees. ​“If you don’t have the brightness of the light we have here, you can’t see what’s going on inside these devices,” he said. ​“No one else is researching fluid dynamics at the relevant conditions with an accelerator-based light source (the APS’s high-brightness X-ray beams) like we are.”

Back in 2019, the team investigated the fluid dynamics within a gas turbine engine and found behavior that surprised Sforzo and his colleagues. ​“We could see the liquid spray ending up in unexpected places.”

These types of revelations, described in a new paper, help scientists understand the fundamental physics that, ultimately, affect engine performance, thrust, and emissions. They also give scientists like Kundu, who feed this information into the lab’s supercomputers, building blocks — known as boundary conditions — that enable high-fidelity simulations. They open many doors of inquiry.

A new era of design takes off

Boundary conditions are detailed parameters that act as guardrails; with the right boundary conditions, scientists can build models that predict a host of engine behavior — involving pressure, temperatures, mass, speed and so on — that may be unmeasurable during experiments.

“With the right predictive models, we can reduce testing and development costs by a large margin,” said Kundu.

The quest to cut time and cost has gained momentum. While engineering thrives on high-fidelity 3D models, those models often run for months on supercomputers — a scarce resource for most businesses.

To solve this challenge, Kundu, along with Opeoluwa Owoyele and Pinaki Pal, are now exploring a type of artificial intelligence known as deep neural networks, which help computers find patterns within large, complex data sets. They have already developed neural-network algorithms that significantly reduce the time it takes to optimize models; the equations also help the scientists understand the chaotic inner workings of combustion engines.

“There are so many parameters in an engine — the human mind can’t analyze a 10-dimensional space,” Kundu said.

Their discovery? The computational models were able to predict trends in ​“lean blowout” — a condition in which a gas turbine engine’s flame sputters in response to less fuel — as shown in a 2018 study.

In another study, Pal, in collaboration with the Air Force Research Laboratory, developed high-fidelity simulations for Rotational Detonation Engines (RDEs). These tools will help engineers accelerate the design of RDEs, which have the potential to enable future supersonic and hypersonic flights.

Kundu and Som’s team are now working with NASA Langley to simulate supersonic combustion and add some of the lab’s models into the space agency’s computational fluid dynamics code, known as VULCAN.

Over at the APS, Sforzo, Kastengren and Powell seek to observe how fuel behaves immediately after it leaves the nozzle. ​“We hope to move toward more relevant engine conditions — higher pressures, higher temperatures, more relevant liquids,” said Sforzo.

Meanwhile, Kundu awaits those experimental results. ​“If we can characterize the diameter and the velocities of fuel droplets even closer to the nozzle, the predictive accuracy of our models will increase significantly,” he said.

The Argonne team welcomes other collaborators, as we all dream of space travel. For more information, please contact Brandon Sforzo or Prithwish Kundu. 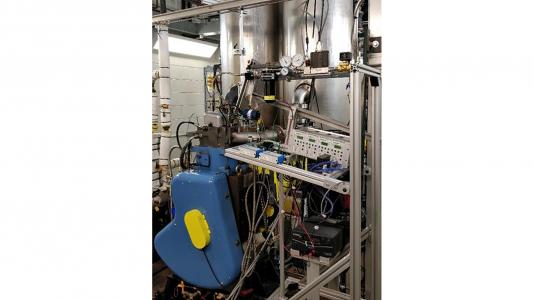 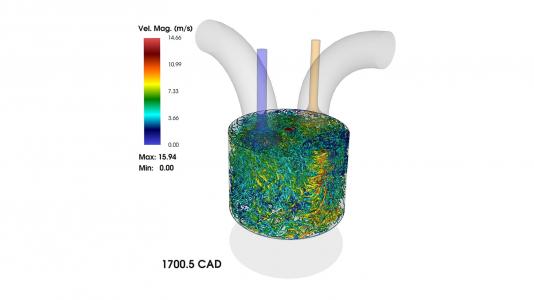 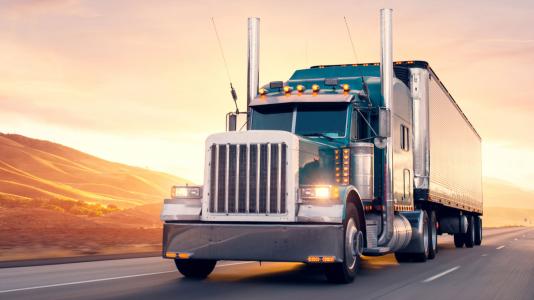 Industry, as well as agencies like the U.S. Department of Energy, are gaining insight into the sensitivities and challenges of automation and finding inspiration for new research and development.
April 06, 2020 | Intersections Winter 2020, vehicle technologies