By
Dave Bukey
|
March 19, 2020
In the fall of 2019, Moldova needed to identify viable alternative routes and sources of natural gas in the event of a disruption in natural gas supply to the country during the 2019-2020 winter. Argonne researchers stepped in to help.

This past fall, the Central European nation of Moldova needed to find a new way to obtain natural gas. The country depends on Russian natural gas delivered through pipelines that stretch more than 300 miles across Ukraine. And Moldova was at risk of having its natural gas imports interrupted starting Jan. 1, 2020, if a new gas contract was not signed between Ukraine and Russia.

Moldovan officials identified a viable alternative route and source of natural gas supply in the event of a disruption with the help of experts from the U.S. Department of Energy’s (DOE) Office of International Affairs, U.S. Department of State, and DOE’s Argonne National Laboratory.

The assistance was provided through the Technical Expert Advisory Mission to Europe (E-TEAM) initiative under the framework of the DOE-led Partnership for Transatlantic Energy Cooperation (P-TEC). The E-TEAM initiative is designed to provide technical assistance to Central and Eastern European countries in developing capabilities to enhance energy security and resilience.

Winter in Moldova was coming

Within days of being notified, two experts from Argonne flew to Chișinău, Moldova’s capital. The team quickly analyzed options, identified ways to respond to the potential disruption, and jump-started a partnership that led to a viable backup plan.

“We looked closely at Moldova’s infrastructure and how it could be configured,” said Duane Verner, resiliency assessment manager in the Decision & Infrastructure Sciences division. ​“We began with basic questions — where do the gas pipelines go, can they be reversed, is there enough supply from pipelines from nearby countries?”

Verner then examined the links — known as interdependences — between Moldova’s natural gas supply, its electrical grid, water supply, hospitals, transportation and so on.

“If Moldova lost its natural gas, then it would face some loss of electricity, water, and even the ability to heat homes and businesses,” said Verner. This news further underscored the need for a viable backup plan.

Meanwhile, Bruce Hamilton, manager of the Global Energy Solutions group in the lab’s Energy Systems division, delved into the country’s natural gas infrastructure and ways to diversify its supply. During the Soviet era, natural gas flowed from the east to Russia’s western provinces. Today, most pipelines in the region still flow in the same direction.

Bringing the stakeholders together

The solution, the team saw, was for Moldova to buy natural gas as needed from Ukraine, where storage is plentiful. Moldova would import that gas via a northern route that already supports flow from west to east.  However, Moldova lacked the reserves to buy Ukrainian gas outright. Therefore, the government sought advice on how to secure a letter of credit to finance purchasing gas stored in Ukraine as needed.

Hamilton worked with local professionals to prepare an agreement with illustrative terms to show how such a deal might work. That template facilitated discussions among three parties — Naftogaz, the national oil and gas company of Ukraine; Energocom, the Moldovan agency that procures gas; and European Bank for Reconstruction and Development (EBRD).

On Dec. 11, 2019, Moldova’s Prime Minister Ion Chicu and EBRD bank representative Matteo Patrone signed an agreement for a $50 million line of credit, which the country could use to buy natural gas from Naftogaz if Russia and Ukraine failed to sign a new gas transit agreement.

Strengthening energy security in the region

Moldova did not need to purchase gas from Ukraine in January 2020 as a result of a last minute new gas transit agreement signed between Russia and Ukraine. Yet the signed agreement between Moldova and the EBRD is regarded as an important step in enhancing the energy security and resiliency in Central and Eastern Europe. It also highlights the role P-TEC can play in supporting this objective.

“With the EBRD financial mechanism, Moldova has another option to supply gas to consumers,” said Hamilton. ​“This both contributes to enhanced energy security in Moldova and provides a roadmap for use by other countries in the region.”

Pioneering partnership opens doors to a new generation of engineers 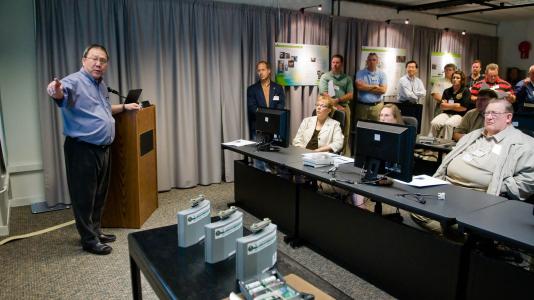 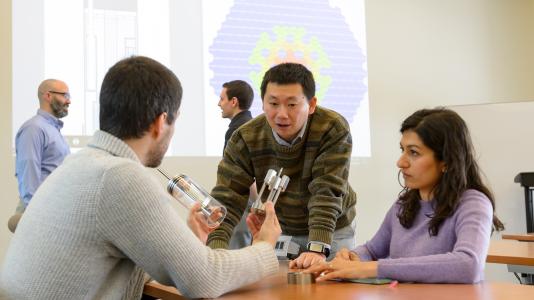