By
Brett Hansard
|
November 13, 2020
Argonne’s new AI technique may fast track the design and simulation of engines and all types of other products.

Computer simulations are a critical part of the product design optimization process, allowing engineers to test various configurations and select the best design among the many different alternatives. But even at a facility like the U.S. Department of Energy’s (DOE) Argonne National Laboratory, with its state-of-the-art resources, simulations can be very expensive and take a long time to run.

It employs a novel machine learning technique that helps users focus on how to most efficiently target computational resources. (Machine learning is an application of artificial intelligence that allows systems to automatically learn and improve from experience.)

“ActivO runs the simulations in a very smart way and quickly identifies the parts of the design space we should focus on,” explained Pal. ​“A process that used to take two to three months to give you the optimum design can now be completed within about a week.”

The ActivO approach was successfully demonstrated for use in optimizing combustion engines — an active area of interest for Owoyele and Pal — in an article published by the American Society of Mechanical Engineers (ASME), as part of its Fall 2019 International Combustion Engine Division Technical Conference. The article will soon also appear in the ASME Journal of Energy Resources Technology.

According to Owoyele, who is the lead author of the paper with Pal, ActivO is a hybrid algorithm that leverages the strengths of two different machine learning surrogate models to obtain superior performance.

“The machine learning models are designed to work cooperatively. Rather than run simulations that are sampled randomly, one of the models allows us to explore the design space adaptively, which essentially guides us to the regions most likely to contain the global optimum. And the other model looks in those promising regions and performs a local search to identify the exact location of the global optimum.”

This approach leverages machine learning surrogates to ​“explore” and ​“exploit” the design space in a more balanced and efficient manner than traditional evolutionary techniques used in the industry, like genetic algorithms. As a result, Owoyele said ActivO converges to the global optimum by nearly an order of magnitude faster.

Pal added that ActivO runs in small batches of simulations, making it particularly valuable for industrial users, since they often don’t have the computational power to run large ensembles of simulations.

While Owoyele and Pal have a patent application pending on this software technology, they said that ActivO is essentially ready to deploy. Their work so far has focused primarily on automotive engines, but they see other potentially useful applications as well.

“ActivO is well suited to explore the design space that is typical of combustion engines in the automotive and aerospace industries,” Owoyele said. ​“But it could also be used for design optimization for a general product. It can be readily adopted by industry to improve their design workflows, which would slash product design costs. There are significant commercialization opportunities in this regard.”

In helping to lower the design costs for industry, Pal said there is an even more important long-term benefit. ​“The big-picture goal is to enable energy efficiency and lower the environmental impact of these engines. So ultimately that’s why we want to design better, more innovative engines.”

Both researchers pointed to the massive high-performance computing facilities at Argonne that verified and validated the algorithm that is at the heart of the ActivO optimizer. ​“The computational resources we have at Argonne enabled us to do that quite rigorously,” Pal said.

Funding support for the development of ActivO came from DOE’s Office of Technology Transitions and the Office of Energy Efficiency and Renewable Energy’s Vehicle Technologies Office. The researchers used the ​“Blues” and ​“Bebop” high-performance computing clusters at Argonne’s Laboratory Computing Resource Center to help obtain results. 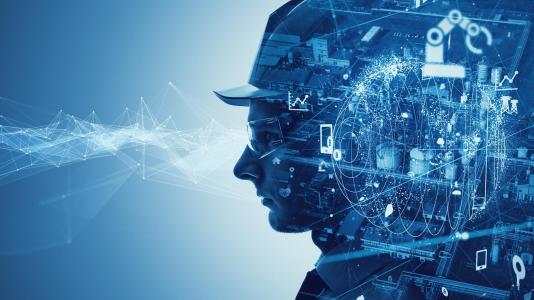