By
Joseph E. Harmon
|
July 8, 2020
Detector algorithm based on machine learning will aid in 2027 upgrade of the Large Hadron Collider

The Large Hadron Collider (LHC) near Geneva, Switzerland became famous around the world in 2012 with the detection of the Higgs boson. The observation marked a crucial confirmation of the Standard Model of particle physics, which organizes the subatomic particles into groups similar to elements in the periodic table from chemistry.

The U.S. Department of Energy’s (DOE) Argonne National Laboratory has made many pivotal contributions to the construction and operation of the ATLAS experimental detector at the LHC and to the analysis of signals recorded by the detector that uncover the underlying physics of particle collisions. Argonne is now playing a lead role in the high-luminosity upgrade of the ATLAS detector for operations that are planned to begin in 2027. To that end, a team of Argonne physicists and computational scientists has devised a machine learning-based algorithm that approximates how the present detector would respond to the greatly increased data expected with the upgrade.

“Most of our research questions at ATLAS involve finding a needle in a giant haystack, where scientists are only interested in finding one event occurring among a billion others.” — Walter Hopkins, assistant physicist in Argonne’s High Energy Physics division

As the largest physics machine ever built, the LHC shoots two beams of protons in opposite directions around a 17-mile ring until they approach near the speed of light, smashes them together and analyzes the collision products with gigantic detectors such as ATLAS. The ATLAS instrument is about the height of a six-story building and weighs approximately 7,000 tons. Today, the LHC continues to study the Higgs boson, as well as address fundamental questions on how and why matter in the universe is the way it is.

“Most of the research questions at ATLAS involve finding a needle in a giant haystack, where scientists are only interested in finding one event occurring among a billion others,” said Walter Hopkins, assistant physicist in Argonne’s High Energy Physics (HEP) division.

As part of the LHC upgrade, efforts are now progressing to boost the LHC’s luminosity — the number of proton-to-proton interactions per collision of the two proton beams — by a factor of five. This will produce about 10 times more data per year than what is presently acquired by the LHC experiments. How well the detectors respond to this increased event rate still needs to be understood. This requires running high-performance computer simulations of the detectors to accurately assess known processes resulting from LHC collisions. These large-scale simulations are costly and demand large chunks of computing time on the world’s best and most powerful supercomputers.

The Argonne team has created a machine learning algorithm that will be run as a preliminary simulation before any full-scale simulations. This algorithm approximates, in very fast and less costly ways, how the present detector would respond to the greatly increased data expected with the upgrade. It involves simulation of detector responses to a particle-collision experiment and the reconstruction of objects from the physical processes. These reconstructed objects include jets or sprays of particles, as well as individual particles like electrons and muons.

“The discovery of new physics at the LHC and elsewhere demands ever more complex methods for big data analyses,” said Doug Benjamin, a computational scientist in HEP. ​“These days that usually means use of machine learning and other artificial intelligence techniques.”

The previously used analysis methods for initial simulations have not employed machine learning algorithms and are time consuming because they involve manually updating experimental parameters when conditions at the LHC change. Some may also miss important data correlations for a given set of input variables to an experiment. The Argonne-developed algorithm learns, in real time while a training procedure is applied, the various features that need to be introduced through detailed full simulations, thereby avoiding the need to handcraft experimental parameters. The method can also capture complex interdependencies of variables that have not been possible before.

“With our stripped-down simulation, you can learn the basics at comparatively little computational cost and time, then you can much more efficiently proceed with full simulations at a later date,” said Hopkins. ​“Our machine learning algorithm also provides users with better discriminating power on where to look for new or rare events in an experiment,” he added.

The team’s algorithm could prove invaluable not only for ATLAS, but for the multiple experimental detectors at the LHC, as well as other particle physics experiments now being conducted around the world.

This study, titled ​“Automated detector simulation and reconstruction parametrization using machine learning,” appeared in the Journal of Instrumentation. In addition to Hopkins and Benjamin, Argonne authors include Serge Chekanov, Ying Li and Jeremy Love. This study received funding from the U.S. Department of Energy’s Office of High Energy Physics and used the high-performance computing cluster operated by the Laboratory Computing Resource Center at Argonne.

Detector algorithm based on machine learning will aid in 2027 upgrade of the Large Hadron Collider
July 08, 2020 | Accelerator Physics, Particle Physics 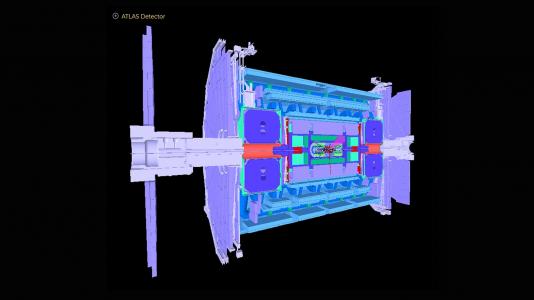 The ATLAS Collaboration at CERN has announced the observation of Higgs bosons produced together with a top-quark pair. Observing this extremely rare process is a significant milestone for the field of High-Energy Physics.
June 04, 2018 | High Energy Physics 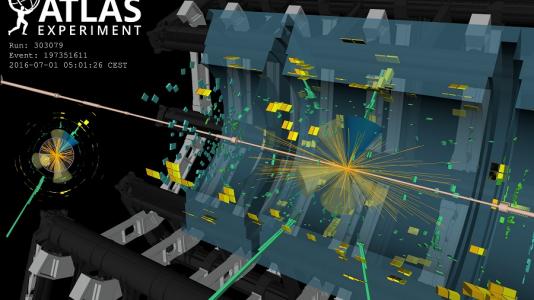 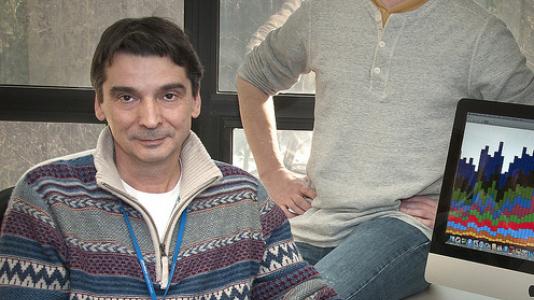