By
Jared Sagoff
|
September 26, 2018
Argonne will receive more than $10 million in funding over three years as part of a series of grants tied to quantum information science.

Scientists are eager to delve further into the important and emerging field of quantum information science (QIS). Now researchers at the U.S. Department of Energy’s (DOE) Argonne National Laboratory will have that opportunity, thanks to more than $10 million in funding the laboratory will receive over a span of four years as part of a series of research grants for QIS recently announced by DOE’s Office of Science.

“Every once in a while, a technology appears that offers the potential to change our world, and we should seriously recognize quantum information science as such a candidate,” said Supratik Guha, director of Argonne’s Center for Nanoscale Materials, a DOE Office of Science User Facility. ​“This is an opportunity to respond to a major emerging scientific challenge, which the national laboratories are uniquely positioned to do.”

Scientists believe that the multidisciplinary nature of QIS will pave the way for new computing and sensing technologies.

The $10 million award to Argonne will fund five major projects, four based at Argonne and one based at Duke University of which Argonne will be a significant contributor. Two of the projects will study the science behind creating and manipulating quantum information. The first involves creating quantum bits (the unit of information transfer in quantum systems) using single photons and studying the transfer of information between different types of quantum bits. This research will drive the development of next generation tools for studying the interaction and manipulation of quantum bits at Argonne’s Center for Nanoscale Materials.

The second project, a collaboration between Argonne, Fermilab and the University of Chicago, establishes a 30-mile optical fiber link between Argonne and Fermilab for studying quantum entanglement. Quantum entanglement refers to the actions of two or more particles whose behavior cannot be described independently even when the particles are separated by a large distance. ​“Creating and controlling quantum-entangled states of matter beyond laboratory settings will provide a powerful research platform to explore fundamentally new methods of processing information,” said David Awschalom, senior scientist at Argonne. Both these studies could have major impacts on communication and computation.

A third project, a collaboration led by Duke University, will focus on quantum computing in chemical and material sciences.

The final two projects involve high-energy physics. One seeks to establish new ways of doing quantum-enhanced precision measurements in concert with the National Institute of Standards and Technology. The other attempts to develop a new detection technology to identify and detect potential candidates for dark matter.

As part of the work funded by these grants, Argonne also will play a key role in the recently established Chicago Quantum Exchange, a partnership in quantum research that unites Argonne, Fermilab and the University of Chicago in what is becoming known as the ​“Quantum Triangle.” This joint effort will advance the study of quantum information and the development of new applications that could revolutionize communication, computing and sensing.

“We should keep in mind that while we have clear ideas of some of the benefits that QIS will bring, it is almost certain there are many applications that are as yet unknown, but which will significantly affect U.S. security and prosperity,” Guha said. ​“It is therefore important to take a broad approach going forward and welcome diversity of thought – yet another area in which the DOE national laboratories excel.”

The awards, which totaled $218 million, were made in conjunction with the White House Summit on Advancing American Leadership in QIS, highlighting the high priority placed on QIS research, which is expected to lay the foundation for pivotal discoveries in computing and information processing as well as an array of other innovative technologies.

Funding for the awards comes from the DOE’s Office of Science (Office of Basic Energy Sciences and Office of High Energy Physics).

A set of guidelines that describes the use and development of a promising class of quantum materials is featured on the cover of this month’s Nature Review Materials.
October 18, 2021 | Materials Science and Engineering, quantum materials, Quantum Information Science 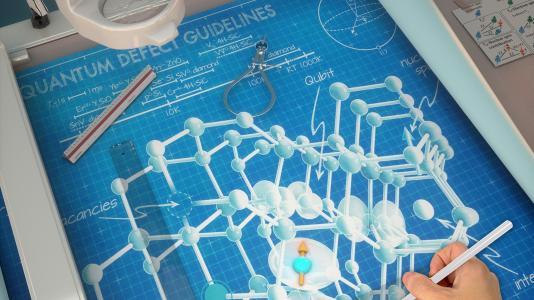 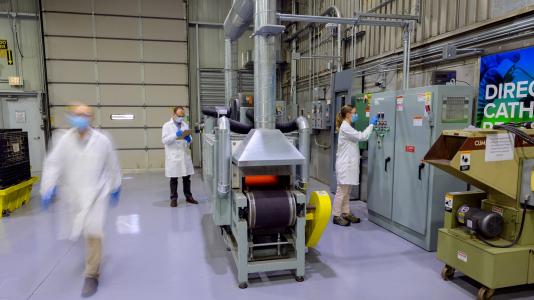