By
Christina Nunez
|
June 4, 2020
One of Earth’s most abundant metals, manganese could help replace expensive cobalt in battery cathodes.

Most of the lithium-ion batteries that power electric cars today depend, to some degree, on cobalt. This blue-gray metal helps pack more power into a battery safely, but it also poses a problem: Cobalt is expensive and often mined in unstable regions. As the market for energy storage grows, the search is on for battery chemistries that rely on cobalt far less, or not at all.

Researchers at the U.S. Department of Energy (DOE)‘s Argonne National Laboratory are developing a technology that centers on manganese, one of Earth’s most abundant metals. The work, which is funded by DOE’s Vehicle Technologies Office, could apply not only to electric vehicles but the electric grid, where battery storage is needed for variable energy resources like wind and solar, and other industries.

“The demand for energy storage is too great for one technology to fulfill it, so we’re looking for environmentally friendly, safe, inexpensive alternatives,” said Jason Croy, a physicist in Argonne’s Chemical Sciences and Engineering division. ​“Manganese is a good option for that.”

The quest for alternative materials here centers on the cathode. When a battery charges, lithium ions flow from the cathode to the anode across an electrolyte, a process that reverses when the battery is discharged. Argonne researchers have already pioneered a nickel-manganese-cobalt (NMC) cathode material that is rich in lithium, with the potential to deliver a 50 to 100 percent increase in energy storage capacity over conventional cathode material. That technology has been licensed to manufacturers worldwide including General Motors, which adopted the cathode material in its Chevy Volt and Bolt models.

“The demand for energy storage is too great for one technology to fulfill it, so we’re looking for environmentally friendly, safe, inexpensive alternatives. Manganese is a good option for that.” — Jason Croy, Argonne physicist

Now, with support from an internally funded technology maturation program, Croy and colleagues are intensifying work on a version of the NMC technology that boosts both the lithium and manganese content over currently used versions, ideally improving a battery’s energy density and safety while lowering costs. The improved technology is available for licensing, and Croy has co-authored a paper describing the research that was recently published in the Journal of Power Sources. This research was sponsored by the DOE Office of Energy Efficiency and Renewable Energy’s Vehicle Technologies Office.

Much of the work to understand these materials over the past few years was done at the Advanced Photon Source (APS), a DOE Office of Science User Facility at Argonne that allows researchers to analyze what happens inside a battery at the atomic level. Croy and his colleagues made use of X-ray spectroscopy and diffraction techniques (using APS beamlines in sectors 11 and 20, operated by Argonne’s X-ray Sciences division) to help them understand how the materials behave during battery operation.

“Using X-ray spectroscopy, we can probe the atomic structure and chemical environments of specific elements that make up the materials,” Croy said. ​“This has helped us understand how these manganese rich materials actually work in real batteries.”

Other strategies for ramping down cobalt involve using higher percentages of nickel. But this, too, is problematic. Though nickel is much more abundant than cobalt, less than a fifth of the current supply is suitable for use in batteries. ​“So as the demand ramps up, there’s actually a lot less nickel than you might imagine,” Croy said. ​“That could cause a spike in nickel prices as everyone shifts toward nickel-rich chemistries.”

A battery with a manganese-rich cathode is less expensive and also safer than one with high nickel concentrations, but as is common in battery research, an improvement in one or two aspects involves a trade-off. In this case, increasing the manganese and lithium content decreases the cathode’s stability, changing its performance over time.

Argonne researchers are designing and testing new cathode structures, coatings and electrolyte additives that could help address this issue.

“The proof of concept is there — the technology works, it just needs that little bit of improvement in stability to get it to the next step,” Croy said. ​“We expect to keep making progress.” 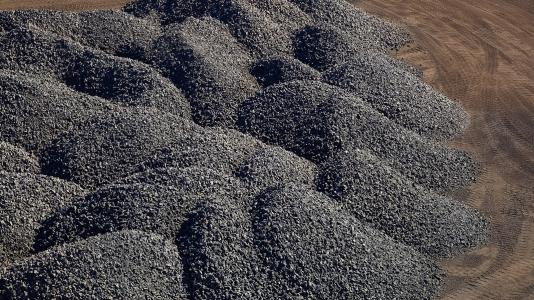