Imagine a world where objects can seem to exist in two places at once or affect each other from across the universe.

Although we don’t see these types of things in our everyday lives, similar curiosities appear to exist all around us in the fundamental behavior of our universe and its smallest building blocks. These peculiar characteristics of nature are described by a branch of physics called quantum mechanics.

In the early 1900s, scientists began to develop quantum mechanics in order to explain the results of a number of experiments that defied any other interpretation. Today, scientists use this theory to create powerful technologies — unhackable communication of messages, faster drug discovery and higher-quality images on your phone and TV screens.

So, what is quantum? In a more general sense, the word ​“quantum” can refer to the smallest possible amount of something. The field of quantum mechanics deals with the most fundamental bits of matter, energy and light and the ways they interact with each other to make up the world.

Unlike the way in which we usually think about the world, where we imagine things to have particle- or wave-like properties separately (baseballs and ocean waves, for example), such notions don’t work in quantum mechanics. Depending on the situation, scientists may observe the same quantum object as being particle-like or wave-like. For example, light cannot be thought of as only a photon (a light particle) or only a light wave, because we might observe both sorts of behaviors in different experiments.

Day to day, we see things in one ​“state” at a time: here or there, moving or still, right-side up or upside down. The state of an object in quantum mechanics isn’t always so straightforward. For example, before we look to determine the locations of a set of quantum objects, they can exist in what’s called a superposition — or a special type of combination — of one or more locations. The different possible states combine and interfere with each other like waves in a pond, and the objects only have a definite position after we’ve looked. Superposition is one of the main features that make quantum computers possible because it enables us to represent information in new and useful ways.

Another interesting quantum behavior is tunneling, where a quantum object, like an electron, can sometimes pass through barriers it otherwise wouldn’t be able to get through. This happens because superposition allows for a small chance of the electron being on the other side of the barrier. Quantum tunneling has applications such as in flash memory devices, powerful microscopes and quantum computers.

When quantum objects interact, they are linked to each other through a connection called entanglement. This connection holds even if the objects are separated by large distances. Einstein called it ​“spooky action at a distance.” Scientists are making use of it for ultra-secure communication, and it is an essential feature in quantum computing.

At the U.S. Department of Energy’s (DOE) Argonne National Laboratory, scientists take advantage of world-class expertise and research facilities to develop quantum technologies to store, transport and protect information, and to investigate our universe, from the intricate dynamics deep within an atom to events as grand as the birth of the universe itself. Argonne also leads Q-NEXT, a DOE national quantum information science research center working to develop quantum materials and devices and capture the power of quantum technology for communication.

Scientists are racing to develop quantum-based systems that can store, transport, manipulate, and protect information.

Qubits—quantum bits—are the fundamental components of quantum computing and other quantum information systems. They are analogous to the bit in classical computers, either 0 or 1. What makes qubits truly strange is that they can simultaneously be both 0 and 1. This overlapping state gives quantum computers tremendously increased horsepower. The qubit itself can come in many different forms—electrons, particles of light, even tiny defects in otherwise highly structured materials.

Scientists are seeking to design qubits that maintain information in their quantum states for seconds (“coherence”) and can link with other qubits (“entanglement”).

Quantum technologies could transform national and financial security, drug discovery, and the design and manufacturing of new materials, while deepening our understanding of the universe. 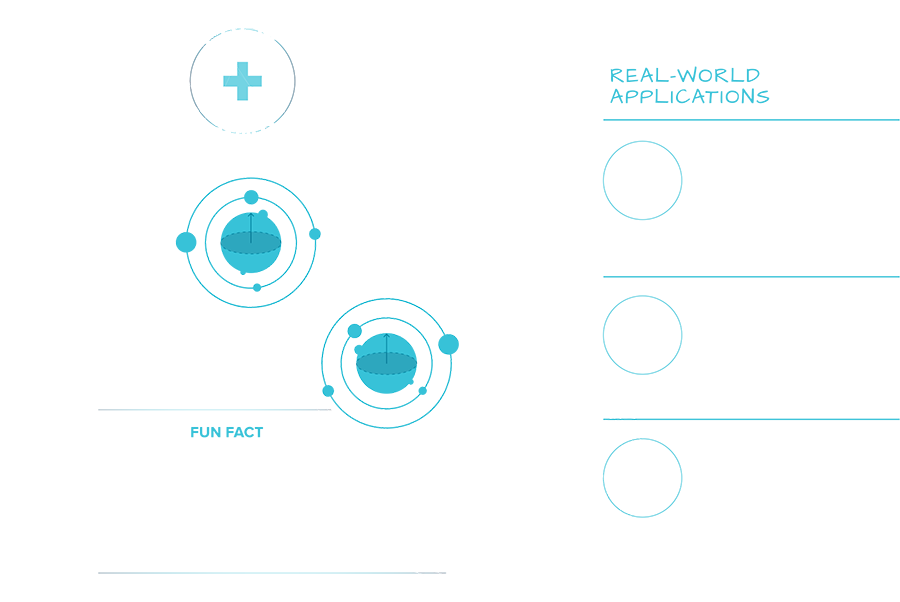