By
Jared Sagoff
|
September 14, 2018
Graphene comes up big to increase the lifetime of photocathodes, which convert light to electricity in accelerators and other physics experiments.

Transforming light into electricity is no mean feat. Some devices, like solar cells, use a closed circuit to generate an electric current from incoming light. But another class of materials, called photocathodes, generate large quantities of free electrons that can be used for state-of-the-art science.

Photocathodes have one significant limitation, which is that they degrade when exposed to air. To prevent this, scientists at the U.S. Department of Energy’s (DOE) Argonne, Brookhaven, and Los Alamos national laboratories have developed a way to wrap photocathodes up in a protective coat of atomically thin graphene, extending their lifetimes.

“The thin layer [of graphene] we use provides insulation from air without hampering charge mobility or quantum efficiency.” — Junqi Xie, Argonne physicist

Photocathodes work by converting photons of light into electrons through a process known as the photoelectric effect — which essentially involves the ejection of electrons from the surface of a material hit with light of a sufficient frequency. The large quantities of electrons generated by photocathodes can be used in accelerator systems that produce intense electron beams, or in photodetector systems for high-energy physics experiments that operate in low-light environments in which every photon counts.

The relative success of a photocathode material hinges on two distinct qualities: its quantum efficiency and its longevity. ​“Quantum efficiency refers to the ratio of emitted electrons to incoming photons,” said Argonne physicist Junqi Xie.

The higher the quantum efficiency of a given material, the more electrons it can generate.

In the study, Xie and his colleagues looked at a material called potassium cesium antimonide, which has one of the highest quantum efficiencies of any known photocathode in the visible range of the spectrum. But even though the quantum efficiency of the material is high, potassium cesium antimonide photocathodes are susceptible to breaking down when exposed to even very small amounts of air.

According to Xie, there are two ways of making sure the photocathode doesn’t interact with air. The first is to operate it in a vacuum, which isn’t always feasible. The second is to encapsulate the photocathode with a thin film of material.

To successfully insulate a photocathode, the researchers needed to identify a material that could form layers only a few atoms thick and that was electrically conductive. Graphene, a two-dimensional material made of carbon, satisfied both of these requirements.

“For graphene, you can just use two or three atomic layers; plus, it’s optically transparent and has high charge mobility,” Xie said. ​“The thin layer we use provides insulation from air without hampering charge mobility or quantum efficiency.”

The graphene-wrapping technique used in this study could in principle be employed in any photocathode whose performance suffers when exposed to air. It is especially important for a proposed new generation of photocathodes based on a class of materials called halide perovskites. These materials could offer even higher quantum efficiencies than potassium cesium antimonide, but face similar challenges when it comes to lifetime.

An article based on the study, ​“Free-standing bialkali photocathodes using atomically thin substrates,” appeared in the July 6 online edition of Advanced Materials Interfaces.

The work done at Argonne was supported by DOE’s Office of Science.

Quantum repeaters and their role in information technology 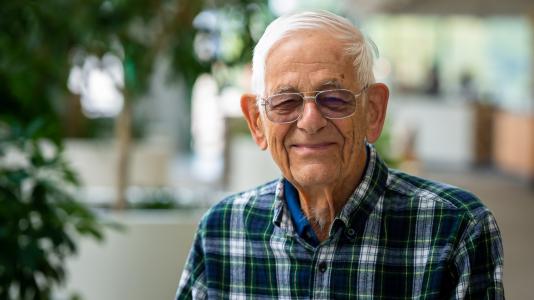