The Physical Chemistry Division of the American Chemical Society has announced that Lin X. Chen has received the 2020 Award in Experimental Physical Chemistry. Chen is a senior chemist in the Chemical Sciences and Engineering (CSE) division of the U.S. Department of Energy’s (DOE) Argonne National Laboratory, as well as a professor in the Department of Chemistry at Northwestern University.

“My pioneering work in X-ray transient absorption spectroscopy started shortly after the Advanced Photon Source was built at Argonne.  It is rewarding to see that this work has been broadly recognized in the scientific community and ultimately led to the award.” — Lin Chen, senior chemist in the Argonne CSE division and professor at Northwestern University

The award recognizes Chen for ​“fundamental contributions to the elucidation of excited state structures, dynamics and energetics of light harvesting systems” through state-of-the art experimental techniques.

Chen’s research at Argonne and Northwestern focuses on the interactions between light and matter in solar energy conversion systems. Her main tools for research are ultrafast laser and X-ray techniques in collaborations with theorists and chemists making new molecules and materials. She was named one of the highly cited scientists in 2019 by the Web of Science.

“My pioneering work in X-ray transient absorption spectroscopy started shortly after the Advanced Photon Source (APS) was built at Argonne.  It is rewarding to see that this work has been broadly recognized in the scientific community and ultimately led to the award,” said Chen. ​“I am very thankful to DOE Basic Energy Sciences for supporting the work since day one, and to my colleagues at the APS and CSE and collaborators elsewhere as well as my postdocs and students for working together over the years.”

Chen is currently an associate editor of Chemical Science, a Royal Chemical Society flagship journal, and has served as a senior editor of American Chemical Society Energy Letters in the past three years as well as on the Editorial Advisory Boards members for the Journal of Physical Chemistry and Chemical Physics Letters. Chen has been a fellow of the American Association for the Advancement of Science since 2012.

Chen will be honored in San Francisco at the Fall 2020 National Meeting of the American Chemical Society. 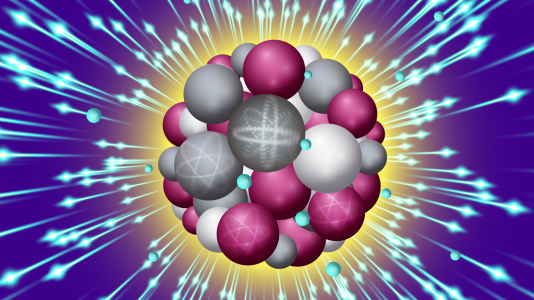