The long-term goal of the Argonne Wetland Hydrobiogeochemistry Scientific Focus Area is to develop a mechanistic understanding and ability to model the coupled hydrological, geochemical, and biological processes controlling water quality in wetlands.

Wetlands are landscape features where standing water is present all or part of the time. Within wetlands, the movement of water and the biogeochemically catalyzed transformations of its constituents determine the mobility of nutrients and contaminants, the emission of greenhouse gasses into the atmosphere, carbon (C ) cycling and sequestration in subsurface environments, and the quality of water itself. In terms of mass action as well as the extent of integration with other elemental cycles, biogeochemical processes within wetlands are largely driven by C biogeochemistry. Iron (Fe) and sulfur (S) are also abundant elements that are often found in wetlands. Their redox cycling is driven largely by microbial activity, and they are a significant component of major and minor elemental cycling and energy flux. In addition to greatly affecting elemental cycling and transport, wetlands provide many critical ecosystem services, such as water storage. While water availability is often a concern within arid regions of the western United States, higher population densities, continued residential and industrial development, and the importance of water in energy production also create strong concerns about water quality in the more humid parts of the eastern United States. In addition, extreme weather events and encroachment by humans can contribute to changes in water inputs and outputs, as well as the biogeochemical interactions within wetlands and the biota associated with them. Finally, although they are important, the explicit hydrologically driven wetland biogeochemical functions that control C, nutrient, and contaminant cycling and water quality are still not understood well enough to be adequately modeled. This is due in part to deficiencies in our current understanding of the complex and dynamic hydrologically driven biogeochemical processes that occur in wetlands.

The long-term, 10-yr objective of the Argonne Wetland Hydrobiogeochemistry Scientific Focus Area (SFA) is the development of a mechanistic understanding and ability to model the coupled hydrological, geochemical, and biological processes controlling water quality in wetlands and the implications of these processes for watersheds commonly found in humid regions of the United States. To accomplish this, the Argonne Wetland Hydrobiogeochemistry SFA is studying wetland hydrobiogeochemistry with a focus on a riparian wetland field site at the Savannah River Site (SRS). The wetlands lie within Tims Branch at the SRS, whose waters ultimately flow into the Savannah River approximately 20 km downstream. This site is representative of many riparian wetlands found in the humid regions of the Southeast that have C‑rich soils and high Fe content. However, it is unique in that it received large amounts of contaminant metals (Ni, Cr, Cu, Pb) and uranium (U) as a result of previous industrial-scale manufacturing of fuel and target assemblies at the M-Area Facility. Therefore, the function of the wetlands in relation to control of water quality, including the concentration of metals and U within the soluble and particulate components of groundwater and surface waters of Tims Branch, is a risk driver for DOE Environmental Management.

The overarching hypothesis of our work is that hydrologically driven biogeochemical processes that create redox dynamic conditions from the nanometer to meter scales are a major driver of groundwater and surface water quality within riparian wetland environments. A focus on major (e.g., C and Fe) biogeochemical cycles and their controls on U hydrobiogeochemistry and water quality within the Tims Branch wetlands builds on decades of synchrotron-based biogeochemistry and omics-based microbial community research expertise previously developed within the Argonne Subsurface Biogeochemical Research (SBR) Program SFA. In addition, the focus on hydrobiogeochemistry within a riparian wetland in the Southeastern United States complements and expands the portfolio of existing SBR SFA field site testbeds concerned with the Biogeochemistry of Actinides (LLNL SFA), mountainous watersheds (LBNL SFA), shallow alluvial groundwater systems (Stanford Linear Accelerator [SLAC] SFA), hydropower-impacted and highly managed rivers (PNNL SFA), and critical terrestrial-aquatic interfaces within streams (ORNL SFA) in both arid and humid regions of the United States that play major roles in controlling groundwater and surface water quality. As such, this Science Plan aligns with the SBR program within the Climate and Environmental Science (CESD) Division of the DOE Biological and Environmental Research (BER). In addition, because wetlands, by definition, encompass both terrestrial and aquatic environments, our investigation of the Tims Branch riparian wetlands and watershed complement burgeoning efforts within the Terrestrial Ecosystem Science Program of BER to better understand critical earth system terrestrial-aquatic interfaces.

We identified three major components (focus areas) of the Tims Branch riparian wetland that represent critical zones containing hydrologically driven biogeochemical drivers, which determine water quality: sediment, rhizosphere, and stream. These three focus areas are interdependent and must be considered as a whole for a systems-level understanding of our overarching hypothesis. Within these three focus areas, we identified two common thematic knowledge gaps that inhibit our ability to predict controls on water quality:

Holistically addressing 18 specific hypotheses related to these two knowledge gaps within the sediment, rhizosphere, and stream environments organizes the SFA in its development of a hydrobiogeochemical conceptual model of the Tims Branch riparian wetland.

From the beginning of this project, we strongly emphasize our integrated lab- and field-based experimental research and field monitoring. This enables us to derive key model parameters as we simultaneously develop the mechanistic understanding necessary for modeling approaches to predict wetland controls on water quality. Materials collected from sediment, rhizosphere, and stream environments will be analyzed to identify major hydrologically driven biogeochemical processes that affect surface and ground water within wetlands. Besides standard analysis approaches, we will use unique capabilities (synchrotron-based approaches at the APS at Argonne, omics-based approaches and collaborative research with KBase researchers at Argonne and LBNL, and mass spectrometry-based approaches to characterize C chemistry through collaboration with scientists at the EMSL at PNNL) to analyze field and lab materials.

The modeling approaches we are integrating with our work in the early years of this project are limited primarily to reactive transport models (RTMs) of lab-based mixed batch reactors, diffusive and advective flow experiments, and small-scale field observations. We supplement RTMs with metabolic modeling of organisms and interacting consortia to more accurately capture the role of microbial communities in mediating biogeochemical transformations. These models are used for hypothesis testing, and to analyze the sensitivity of hydrobiogeochemical processes in determining water quality. In addition, the iterations between lab- and field-based experiments in concert with modeling improve both aspects of the work. In later years of the SFA, we envision a stronger emphasis on field-scale observations and characterizations and their coupling with hydrological system model development of the Tims Branch riparian watershed to explain the particulate and soluble fractions of nutrient and contaminant element transport via surface water and groundwater flow.

A preliminary hydrological model has already been developed for the Tims Branch. It is critical for ultimately modeling coupled hydrological and biogeochemical controls, and it provides key insights and data related to surface water and groundwater flow within the watershed. These are critical for identifying hydrological drivers of the biogeochemical processes to be studied and to be integrated into RTMs. Finally, the hydrological model of Tims Branch (~6 km in length) we will develop—with reactive transport models embedded within it—will enable us to explore the effect of these integrated models on the National Water Model, which makes use of 1-km grids. 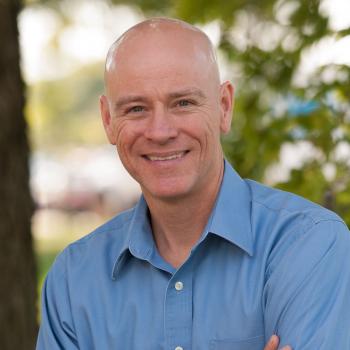 Ken is an expert in the application of synchrotron x-ray radiation to address questions in biogeochemistry and environmental science, with an emphasis on coupled biotic-abiotic interactions and the role of the microbe-mineral microenvironment in effecting the transformations of contaminant metals and radionuclides. 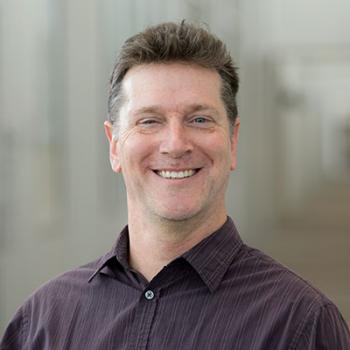 Ed O’Loughlin is an environmental chemist/environmental microbiologist specializing in the biogeochemical processes controlling the cycling of major/minor elements and the fate and transport of contaminants in natural systems.