By
Jared Sagoff, Carolyn Steele, Andrea Manning
|
September 9, 2021
Scientists are addressing the vulnerabilities of infrastructure systems through the lens of climate impacts by creating and adapting climate maps to infrastructure as a way for communities to protect themselves from the effects of climate change.

When Hurricane Ida hit Louisiana as a Category 4 storm on August 29, it showed how critical resilient infrastructure systems are in coping with — and surviving — natural disasters. This is particularly true in underserved areas, where disaster planning and redundancies (such as backup plans and supplies) for vulnerable infrastructure are less likely to be sufficient.

Natural disasters and other severe weather events can take a heavy toll on America’s infrastructure systems, when such disasters occur. These energy, water and wastewater, transportation, and communications systems include not only buildings but roadways, pipelines, ports, and energy storage, as well as vehicles and vessels. Such lifeline infrastructure systems were originally planned and constructed based on historic hazards data. But today, they are not necessarily equipped to operate in the evolving context of the greater risks from climate change.

Because to many, hurricanes the size of Ida provide are examples of more frequent, more extreme weather events causing enormous disruption and destruction in communities around the world. The wildfires burning uncontrollably in the western states due to this summer’s drought conditions provide data points in this outlook, as well.

“Climate change is an existential crisis for many communities and infrastructure systems,” said Tom Wall, a program lead in Engineering and Applied Resilience at the U.S. Department of Energy’s (DOE’s) Argonne National Laboratory. ​“While many communities and organizations may lack technical sophistication or depth of resources, they should never have to experience a barrier to getting access to usable and useful information. We want them to have that information to help ensure the future resilience of their systems.”

Climate risk to infrastructure can come in a variety of forms, Wall said. ​“If the Northwest has a major heat wave, or hotter, more frequent or longer heat waves, these events can be a problem. Extreme heat events make it harder to generate and transmit electricity, and they can cause roadways or train tracks to buckle, or create other impacts,” he said. ​“Conversely, even just generally higher temperatures overall, not tied to a specific event, can cause problems. We often need natural bodies of water to cool our power plants — so if rivers or other surface waters warm even a few degrees, we can’t cool our power plants as efficiently.”

As part of an effort to meet the challenges that U.S. communities will face from the natural disasters and weather events precipitated by climate change, Argonne is drawing on its extensive capabilities and long history in pursuing new approaches in several disciplines that are mainstays in climate science.

One of these linchpin areas is climate modeling. Also known as earth systems models or ESMs, climate models ​“integrate the interactions of atmosphere, ocean, land, ice, and biosphere to estimate the state of regional and global climate under a wide variety of conditions.”

Another discipline gaining importance in climate studies is the evaluation of infrastructure resilience. This involves assessing numerous aspects of an infrastructure system’s strengths and vulnerabilities, its redundancies or backup supplies (e.g., in the event that food or fuel supply chains are disrupted during an event), and interdependencies with other infrastructure systems. An interdependency would be an electric grid powering a communication system needed to provide up-to-date information during a hazard event; if the power fails, that information sharing may be disrupted in whole or in part.

“We’ve been focusing on resilience for more than 30 years,” said Dave Brannegan, director of Argonne’s Decision and Infrastructure Sciences (DIS) division. ​“Throughout the 1990s, we analyzed critical infrastructure with a particular emphasis on identifying vulnerabilities. In the past 20 years, we have consistently enhanced and expanded our analytic capabilities to address larger challenges of critical infrastructure risk and resilience.”

The focus on resilience, Brannegan said, lies in what researchers call the built environment — the critical systems, assets and nodes that compose the nation’s infrastructure and ultimately serve the critical functions of our communities.

According to Brannegan, Argonne has been a long-standing leader in the kinds of modeling, forecasting, and resilience planning efforts that are now becoming even more salient in the context of climate change. ​“These activities are now foundational strengths and core capabilities in play within Argonne divisions,” he said.

For example, researchers in Argonne’s Environmental Science (EVS) division are working with researchers in DIS to share information: EVS personnel such as Rao Kotamarthi, chief scientist within Argonne’s Atmospheric Science and Climate Research group, create the actual predictive climate models. DIS staff then adapt those models to understand climate patterns around each city or town — or even around specific buildings.

Argonne’s multi-pronged strategy to fight climate change focuses on identifying both climate-related risks to infrastructure systems, and then the actions that can reduce those risks, prevent the system’s failure, and/or accelerate recovery from damage. Argonne also seeks to lead development of energy storage solutions (e.g., its batteries research through the Joint Center for Energy Storage Research, or JCESR) that will support an economy powered by carbon-free energy.

Tapping experts from all areas

In addition to its own collaborations, Argonne partners with academic institutions and industry to wrangle climate change solutions. This includes leveraging world-class tools at Argonne’s cutting-edge facilities, such as the Argonne Leadership Computing Facility and the Atmospheric Radiation Measurement Facility. (Each of these assets are DOE Office of Science User Facilities.)

Because of Argonne’s deep expertise in climate modeling, supercomputing and infrastructure assessment, the laboratory can already bring many resources to bear on today’s climate resilience challenges, Brannegan added.

“We know enough and we have sufficient analytic capabilities that, if we apply them to existing needs, we can solve a lot of problems,” he said. ​“At the same time, there is significantly more we can do. The whole push is to build on our foundation, to modernize it, to couple different models and techniques that will really take the basic projection piece and seamlessly integrate it with the applications to understand the impacts on infrastructure.”

According to Wall, ​“You can’t just give people data, or give them a tool. You have to make sure that it is accessible, which might mean providing technical assistance to make sure they know how to use the data,” adding that ​“these organizations that we’re equipping with data may not all have the technical expertise in-house, so that’s where collaboration can help.”

Understanding that climate change is happening and is having an impact is only the first step, Levy said. ​“Climate change is a global problem, but we need to localize it,” she said. ​“We have to make it understandable and actionable to a planner in a local community. It doesn’t help a local planner to say ​‘Hey, here’s this big global problem.’ You have to find a way to use various science and engineering techniques and practices to help them understand what the implications are going to be on a local level.”

According to Brannegan, there are at least two different types of models that can be used to forecast the impacts of climate change-induced severe weather. The first looks primarily at the atmospheric impacts — how much rain a community will receive, or how much storm surge, for instance — but it is more agnostic to how those impacts will affect a community’s built infrastructure, from water systems to the electric grid. The other type of model, currently being used by Argonne researchers, attempts to determine precisely these effects at a very local scale.

“We have partners within Argonne and outside who talk in terms of certain kinds of impacts, but what we want to know is how those impacts translate onto the built environment,” Brannegan said. ​“We’re trying to translate meteorological impacts into infrastructure and human impacts.”

To build resilient communities, leaders and community members need information about the potential impacts of climate change decades into the future. The global earth system models available in the past typically provided high-level (100-km2) information on projected changes in temperature, precipitation, or the availability of resources.

However, many human and socioeconomic factors can vary greatly within a 100-km2 area. For climate models to provide value to communities, they must deliver extremely accurate data for individual regions and cities. In the past, it was impossible to provide models at the resolution communities needed.

Fortunately, as Kotamarthi explained, ​“Climate modelling has undergone a revolution in the past decade, thanks to advances in high performance computing, including artificial intelligence.”

Kotamarthi and other researchers now use the latest class of downscaling models (a technique known as ​“dynamic downscaling”) to translate information from large scales to the spatial and temporal scales communities need in order to address climate impacts, vulnerability, risk, and resilience at the local level.

Regardless of a community’s location, and notwithstanding the specifics of its built infrastructure, Argonne’s climate resilience expertise can make a difference, according to Levy.

“It doesn’t matter where or who you are, you’re going to need to be connected in various key ways to utilities and other services, and we can help identify where potential weak points are.”

Argonne’s work in climate resilience is part of a wider research plan that focuses on climate and energy action. This also includes: 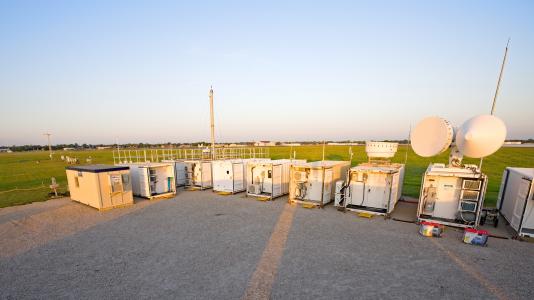 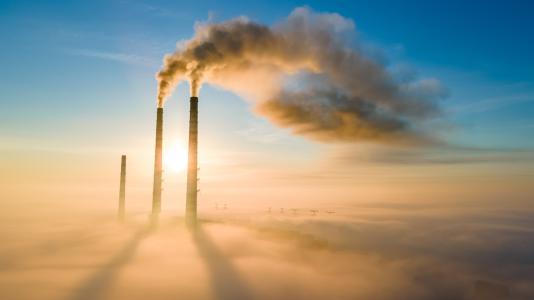