Plants interact with certain microbes, such as bacteria and fungi, in mutually beneficial ways that scientists are only beginning to fully understand. Researchers at the U.S. Department of Energy’s (DOE) Argonne National Laboratory have discovered a way to gain new insights about these interactions using a newly designed microfluidic device, a chip etched with tiny channels. This device can help support research to uncover better ways of promoting plant growth, engineering drought-resistant crops, remediating the environment and even boosting bioenergy feedstock production.

The root of the problem

Plant root-microbe interactions (RMI) are hidden beneath the soil, posing a challenge for researchers seeking to continuously observe activities such as attachment of microbes and nutrient exchange without interruption over long periods. To get around this challenge, researchers have traditionally analyzed the root environment by growing plants in pots, in between glass sheets, or in agar plates, and then observed the roots for physical changes and microbial interactions by sacrificing the sample.

“We observed particular behaviors of the bacteria on the roots, from alignment of the bacteria to the formation of dense biofilms.” — Marie-Francoise Noirot-Gros, Argonne microbiologist

However, the ideal way to monitor the relationship between plant roots and the microorganisms surrounding them in the rhizosphere — the nutrient-rich region of the soil surrounding the plant root — is to watch these interactions as they happen over extended periods at high resolution. So researchers in Argonne’s Biosciences division, together with scientists at Argonne’s Center for Nanoscale Materials, a DOE Office of Science user facility, developed an RMI-chip: a tiny microfluidic device that allows minute amounts of fluid to flow across microchannels or pathways on a chip measuring just a few square centimeters across.

“The channels are created via soft lithography, an approach for fabricating 3D structures using soft materials,” said Gyorgy Babnigg, a bioinformatician and molecular biologist at Argonne, who co-developed the device.

Babnigg and his peers used this technique to create a negative mold of their device. They then poured a plastic similar to silicone over the mold and heated it up, allowing it to harden, then removed it from the mold. Next, researchers punched holes in the material to form inlets and outlets, and finally, fused it with a piece of microscope cover glass so they could observe what was happening within the channels through a microscope.

A miniaturized lab to study trees

Microfluidic devices like the one Babnigg and his team created have long been used by researchers to study root-microbe interactions, albeit solely in small, short-lived flowering plants, like Arabidopsis thaliana, known as thale cress or mouse-ear cress. The Argonne device is the first to be used on live, woody plants.

The Argonne team chose to use their device to analyze the quaking or trembling of Aspen trees (Populus tremuloides), a hardy, fast-growing deciduous tree that is the most widely distributed tree species in North America. They started by nurturing Aspen tree seeds into seedlings, then transplanted the seedlings into individual channels of their chip.

“Unlike other shorter studies, we were able to figure out all of the plumbing to grow the seedlings in the chip for several weeks,” Babnigg said. ​“It did take a while. Not only did we need to transfer the root tips into the chip, but then we had to wait until the roots reached the inlet where the nutrients were flowing and then wait another week before we could add the plant growth-promoting microbes to that system.”

The microbes added to the system were engineered by researchers to fluoresce unique colors, which would allow researchers to distinguish their behavior under a microscope.

Designing their experiment in this way allowed researchers to distinguish whether symbiotic interactions — such as microbes accepting nutrients exuded at the plant root or releasing materials like phosphorus and plant hormones that guided the movement of the root — were observable.

For weeks, researchers continuously observed how different types of microbes grew and interacted with the live roots through a microscope and found that, in the absence of outside nutrients, microbes did latch onto the root surface and use the root exudates to grow.

“We observed particular behaviors of the bacteria on the roots, from alignment of the bacteria to the formation of dense biofilms,” said Marie-Francoise Noirot-Gros, Argonne microbiologist and lead author.

These findings reflect what’s been demonstrated in past experiments, validating the team’s approach and application of their device.

“We visualized all these interactions all while the plant was still alive,” Babnigg said. ​“Our ability to do this using our device and over the course of several weeks is what makes this work stand apart.”

This research is a Scientific Focus Areas study funded and supported by DOE under its Biological and Environmental Research program. 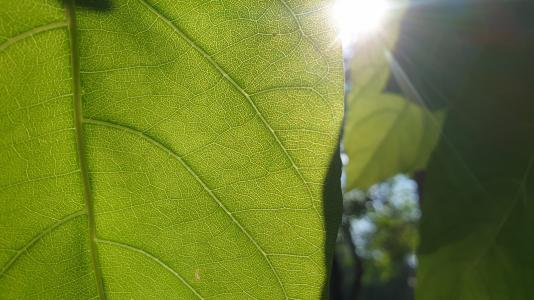 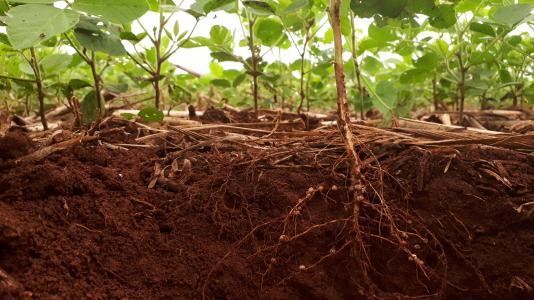 Bringing climate down to earth

Getting to the root of plant simulations 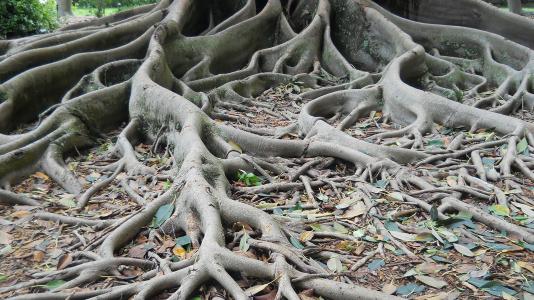