By
Jared Sagoff
|
October 17, 2018
Argonne scientists have identified a new class of topological materials made by inserting transition metal atoms into the atomic lattice of a well-known two-dimensional material.

In recent years, scientists have become intrigued by a new type of material that shows a kind of unusual and split behavior. These structures, called topological materials, can demonstrate different properties at their surface than in their bulk. This behavior has attracted the attention of scientists interested in new states of matter and technologists interested in potential electronic and spintronic applications.

In a new study from the U.S. Department of Energy’s (DOE) Argonne National Laboratory, scientists have identified a new class of topological materials made by inserting transition metal atoms into the atomic lattice of niobium disulfide (NbS2), a well-known two-dimensional material. They found that CoNb3S6, an antiferromagnetic material, exhibits an extremely large anomalous Hall effect, a sign of the topological character of materials.

The ordinary Hall effect occurs in all electrical conductors. The effect is essentially a force that an electron experiences as it moves through a magnetic field. ​“In every metal, electrons will get pushed perpendicular to their direction of travel and perpendicular to an applied external magnetic field, creating a voltage,” said Nirmal Ghimire, an assistant professor at George Mason University and a recent Argonne director’s postdoctoral fellow who was the first author of the study. ​“If the material itself is a ferromagnet, an additional contribution superimposes on the ordinary Hall voltage; this is known as the anomalous Hall effect (AHE).”

In the study, Ghimire and his colleagues looked at CoNb3S6 and found something unexpected: a large AHE in modest magnetic fields. ​“An AHE can also be found in materials where the electronic structure has special characteristics known as topological features,” said Ghimire. ​“The configuration of atoms in the lattice creates symmetries in the material that lead to the creation of topological bands — energy regions that electrons inhabit. It is these bands, in certain configurations, that can lead to an exceptionally large AHE.”

Based on calculations and measurements, Ghimire and his colleagues suggest that CoNb3S6 contains these topological bands.

“The topological features arise from a combination of the symmetry of the material, as well as the right electron concentration to put these topological features at the Fermi level, which is the highest available electronic energy state at zero temperature,” noted John Mitchell, interim director of Argonne’s Materials Science division and a co-author of the study.

“Only a handful of materials so far have been shown to have the necessary characteristic topological points near the Fermi level,” Mitchell said. ​“To find more requires an understanding both of the materials physics and chemistry at play.”

The discovery could pave the way for future advances in a broad class of materials, according to Mitchell. ​“We now have a design rule for making materials that demonstrate these properties,” he said. ​“CoNb3S6 is a member of a big class of layered two-dimensional materials and so this might open the door to a big space of new topological matter.”

The work was funded by DOE’s Office of Science. The team performed materials characterization at Argonne’s Advanced Photon Source (APS) and Center for Nanoscale Materials, both DOE Office of Science User Facilities.

An article based on the study, ​“Large anomalous Hall effect in the chiral-lattice antiferromagnet CoNb3S6,” appeared in the August 16 online edition of Nature Communications. Additional authors of the study include Antia Botana, Jidong Jiang, Junjie Zhang and Yu-Sheng Chen. The work used the National Science Foundation’s ChemMatCARS beamline at the APS.  The ChemMatCARS beamline is funded by the National Science Foundation through the University of Chicago and is located at Argonne. 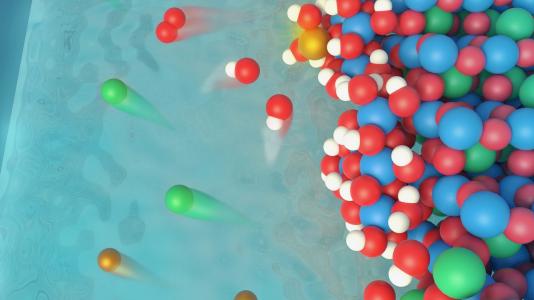 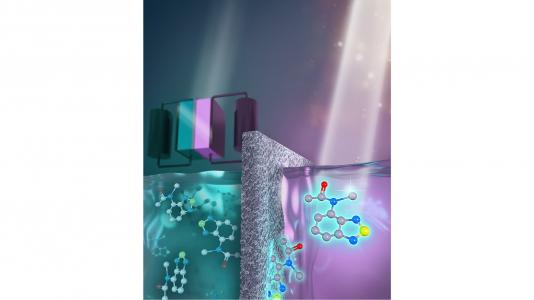 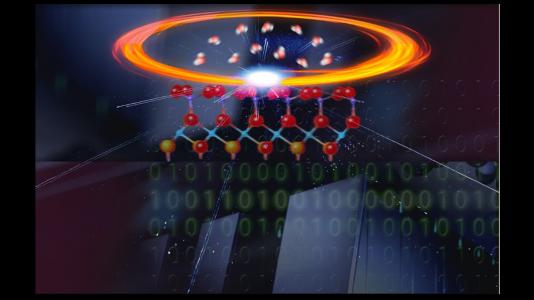