Researchers at the Intensity Frontier investigate some of the rarest processes in nature, including unusual interactions of fundamental particles and subtle effects that require large data sets to observe and measure.

First hinted at in the late 1960s by the result of Ray Davis’s Homestake Experiment under the Black Hills of South Dakota, researchers have demonstrated that the ghostly neutrino particles change between their three types as they travel, a phenomenon called neutrino oscillation. Understanding this process in detail may hold the key to explaining why all of the antimatter created in the big bang has disappeared, leaving the matter dominated universe we live in today. Precision measurements of particle properties, such as the magnetic moment of the muon (a heavy cousin of the electron), are capable of determining whether the Standard Model of particle physics is truly complete and may provide the first hint that there are undiscovered particles waiting to be found. Whether the focus is on precision measurements or the study of rare interactions, Intensity Frontier efforts require the use of powerful particle accelerators and ultra-sensitive detectors to reach their goals and enable discovery.

Of all known particles, neutrinos are perhaps the most enigmatic and certainly the most elusive. They have very low, but non-zero, masses and interact so weakly with matter that a light-year of lead wouldn’t stop most of the neutrinos in the world’s most intense neutrino beam, made at Fermi National Accelerator Laboratory. This weak interaction drives neutrino oscillation experiments to use intense neutrino sources, such as nuclear reactors and particle accelerators, and sensitive detectors, which may be located near or hundreds of miles from the neutrino source and perhaps deep underground.

With precise knowledge of neutrino mixing, it is now possible to start using neutrinos as a tool to understand why the universe is built from matter rather than antimatter -- one of the fundamental questions of the universe. 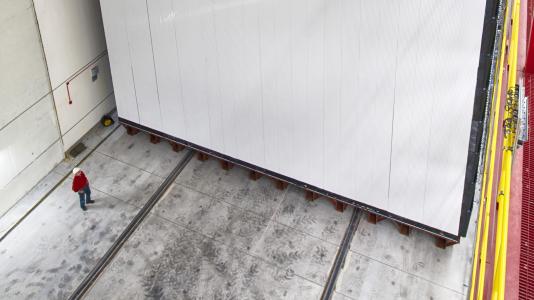 The muon, a heavy cousin of the electron, is well-suited for precision studies due to its relatively long lifetime and large mass. 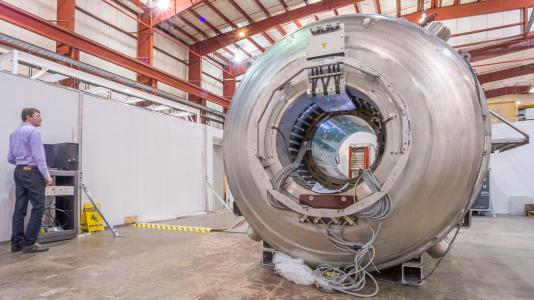