Discovered more than 100 years ago, superconductivity continues to captivate scientists who seek to develop components for highly efficient energy transmission, ultrafast electronics or quantum bits for next-generation computation.  However, determining what causes substances to become — or stop being — superconductors remains a central question in finding new candidates for this special class of materials.

In potential superconductors, there may be several ways electrons can arrange themselves. Some of these reinforce the superconducting effect, while others inhibit it. In a new study, scientists at the U.S. Department of Energy’s (DOE) Argonne National Laboratory have explained the ways in which two such arrangements compete with each other and ultimately affect the temperature at which a material becomes superconducting.

“From the perspective of the superconductor, the enemy of my enemy truly is my friend,” — Wai-Kwong Kwok, Argonne Distinguished Fellow.

Generally, the more strongly the pairs couple and the larger the number of electrons that participate, the higher will be the superconducting transition temperature.

“If you remove some electrons to put into a charge density wave, the strength of your superconducting effect will diminish,” said Argonne materials scientist Ulrich Welp, a corresponding author of the study.

To introduce disorder in such a way that impaired the charge density wave state, but left the superconducting state largely intact, the researchers used particle irradiation. By hitting the material with a proton beam, the researchers knocked out a few atoms, changing the overall electronic structure while keeping the chemical composition of the material intact.

To get a picture of the fate of the charge density waves, researchers utilized state-of-the-art X-ray scattering at Argonne’s Advanced Photon Source (APS), a DOE Office of Science User Facility, and the Cornell High Energy Synchrotron Source. ​“X-ray scattering was essential to observe the subtleties of this electronic order in the material,” said Argonne physicist and study author Zahir Islam. ​“We discovered that a dilute concentration of disordered atoms really diminished the charge density wave to enhance superconductivity.”

According to Islam, while the current brilliance of the APS allowed for systematic studies of charge density waves from tiny single-crystal samples despite its relatively weak scattering strength, the upcoming planned upgrade to the facility will afford researchers utmost sensitivity to observe these phenomena. Furthermore, he said, scientists will benefit from studying these materials in extreme environments, in particular, under high magnetic fields to tip the balance in favor of charge density waves to gain necessary insights into high-temperature superconductivity.

In the research, the scientists investigated a material called lanthanum barium copper oxide (LBCO). In this material, the superconducting temperature plummeted almost to absolute zero (-273 degrees Celsius) when the material achieved a certain chemical makeup. However, for closely related compositions, the transition temperature remained relatively high. The scientists believe this effect of chilling superconductivity is due to the presence of charge density waves and that suppressing the charge density wave could induce even higher transition temperatures.

With charge density waves impaired by disorder, superconductivity reaps the benefit, Wai-Kwong Kwok, Argonne Distinguished Fellow and study author,  explained. ​“From the perspective of the superconductor, the enemy of my enemy truly is my friend,” he said.

A paper based on the study, ​“Disorder raises the critical temperature of a cuprate superconductor,” appeared in the May 13 online issue of the Proceedings of the National Academy of Sciences.

Funding for the research was provided by the DOE’s Office of Science. 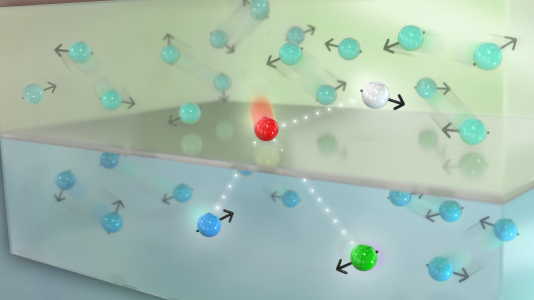 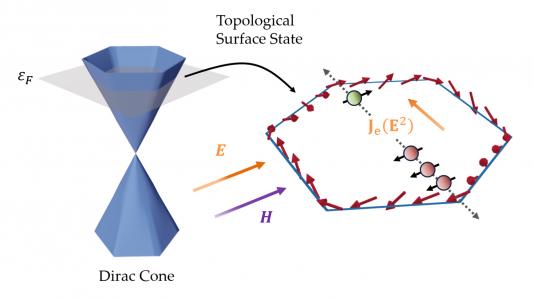