September 9, 2020
“Big science” project will explore origins of the universe and the cosmic frontier.

The U.S. Department of Energy (DOE) has announced a major step forward that will bring to fruition the ​“Stage-4” ground-based cosmic microwave background (CMB-S4) experiment, planned to become a joint DOE and National Science Foundation partnership. Argonne National Laboratory will be collaborating with other national laboratories and universities on the experiment. The ambitious CMB-S4 goal is to make pivotal discoveries in our understanding of the nature of space and time and the working of the universe at its most fundamental level.

CMB-S4 will unite several existing collaborations to survey the microwave sky in unprecedented detail with 500,000 ultrasensitive detectors for seven years. These detectors will be placed on 21 telescopes in two of our planet’s prime places for viewing deep space: the South Pole and the high Chilean desert. The project is intended to unlock many secrets in cosmology, fundamental physics, astrophysics and astronomy.

The CMB-S4 experiment will provide answers to some of the biggest challenges in theoretical physics today — testing the inflationary model of the early universe, determining the number and masses of neutrinos, investigating the predictions of new light relic particles and testing general relativity on large scales.

The CMB, an ​“echo” of the big bang, is relic radiation left over from an early hot phase in the history of the universe. The CMB is a small source of the noise one can see and hear as static on an analog television or radio. Since the discovery of the CMB more than five decades ago, scientists at national laboratories, research laboratories and universities from across the globe have made remarkable progress in characterizing and mapping the relic radiation, thereby gaining deep insights into the very early universe.

“We plan to have an important role in the project due to the world-class capabilities we have in detectors, computational cosmology and experience gained through our work on the South Pole Telescope,” said Argonne Director Paul Kearns.

The CMB-S4 experiment demands enormous scaleup over current Stage-3 CMB experiments, an increase by roughly an order of magnitude. This scaleup requires partnerships of numerous national laboratory and university research groups. As part of the experiment, Argonne will leverage capabilities key to the success of CMB-S4, including detector technology and fabrication, as well as computational cosmology and survey science.

“Drawing upon expertise in materials, sensors and superconductivity, Argonne’s CMB research is more than a decade old and has honed our leadership in developing and fabricating the very sensitive detectors and readout technology used for state-of-the-art CMB measurements,” said Kawtar Hafidi, associate laboratory director for Argonne’s Physical Sciences and Engineering directorate.

Argonne’s investments have helped mitigate the largest technical risk currently identified in the CMB-S4 experiment — detector technology and fabrication. The South Pole Telescope project, a world-wide collaboration between national laboratories and universities, uses superconducting transition-edge detectors fabricated at Argonne. Researchers across Argonne’s High Energy Physics and Materials Science divisions worked hand-in-hand with staff at the Center for Nanoscale Materials, a DOE Office of Science User Facility at Argonne, to build all transition-edge sensors for the South Pole Telescope. To build the detectors, Argonne’s multidisciplinary teams needed to understand the materials, the microfabrication and deposition technologies, and the physics and design of the detectors.

Argonne’s computational cosmology effort, as part of DOE’s Exascale Computing Project, has geared up plans to make major contributions to CMB-S4 science by delivering precise cosmological predictions for what the experiment will observe. This capability will allow CMB-S4 data to be combined with observations from optical and X-ray surveys, further enhancing the reach of the experiment. 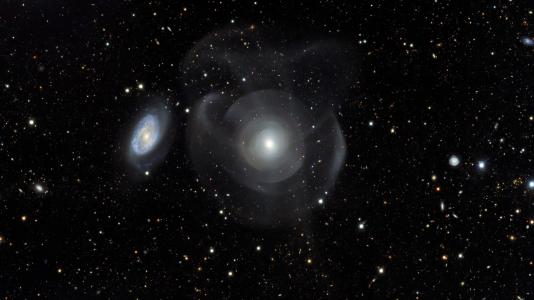 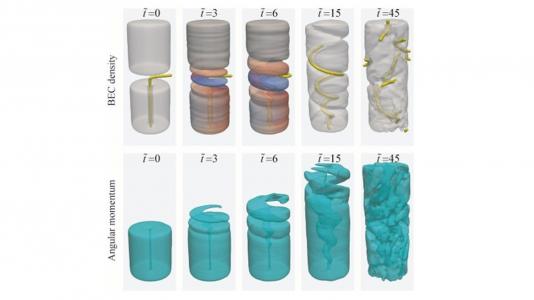