By
Jared Sagoff
|
September 7, 2022
New results give information about phase transitions at the nanoscale.

Anyone who has watched steam billow up from a boiling kettle or seen ice crystals form on a wet window in winter has observed what scientists call a phase transition.

Phase transitions — such as those between solids, liquids and gases — occur in all kinds of different substances, and they can happen rapidly or slowly. Scientists plan to use phase transitions to be able to control the electronic, structural or magnetic properties of different materials as they undergo these changes, such as for use in new types of computer memories.

“We’re able to zoom into a sample in terms of time and space in ways we have never been able to before.”  — Youngjun Ahn, study author

In a new study, researchers have for the first time been able to look at a structural phase transition in minute detail on a very fast timescale. The scientists made X-ray ​“photographs” that are spaced less than one-tenth of 1 billionth of a second apart through a technique called nanodiffraction microscopy. ​“A typical video might play at 30 frames per second, so this is approximately a slow-motion video that can resolve dynamics that are extremely fast,” said Haidan Wen, a physicist at the U.S. Department of Energy’s (DOE) Argonne National Laboratory.

The ability to witness the evolution of material behavior with such precision in time and space has revealed unusual behaviors in certain materials that undergo a phase change, including many magnetic materials.

“We’re able to zoom into a sample in terms of time and space in ways we have never been able to before,” said Youngjun Ahn, the first author of the study. Ahn is a former graduate student intern at Argonne from the University of Wisconsin-Madison. For this work, he collaborated closely with Wen. ​“This method gives us a precise view of structural changes in our sample that are challenging to see with any other method,” Ahn said.

The study used the Hard X-Ray Nanoprobe operated by the Center for Nanoscale Materials (CNM) at the Advanced Photon Source (APS) at Argonne. The APS and CNM are DOE Office of Science user facilities.

In looking at phase transitions in an iron-rhodium compound, the researchers found a way to watch the structure of the compound change between two magnetic configurations. The change causes an expansion of the atomic network that is very small — but enough to have significant consequences for the magnetism.

Scientists can use the magnetic phases to create a new kind of magnetic storage that promises to be faster and more energy-efficient than conventional data storage. In all magnetic materials, manipulating phase transitions around the critical temperature at which they occur can provide the key to being able to flip an information-storing bit between a ​“1” and a ​“0”.

In order to fashion magnetic memories that are compact, scientists need to have a way to manipulate them precisely. One way to do that is with a local change of temperature.

By heating up a magnetic bit, scientists could potentially have a way to induce the reconfiguration that they use to encode information with less energy consumption, which is known as heat-assisted magnetic recording. ​“One of the things that’s very interesting about this particular material — iron-rhodium — is that it has a phase transition at a temperature that could be used for these kinds of applications,” said University of Wisconsin-Madison professor Paul Evans. ​“But in order to do the kinds of manipulations we’re interested in, we need a better ​‘camera.’ That’s why using this newly developed technique to study it is important.”

​“The key aspect of our experiment is that we are able to access the extremely small regions of space or quick moments in time with high precision that allows us to uncover nanoscale dynamics that has not been recognized before,’ added Wen, who conceived the work.

The upcoming upgrade to the APS will have significant implications for further experiments visualizing these kinds of phase transitions. ​“After the APS upgrade,” said Argonne X-ray scientist Martin Holt, ​“we expect to achieve higher spatial resolution, in particular, by exploiting the enhanced coherence of the X-ray beam. Our development of ultrafast time resolution within that type of X-ray microscopy is what helps us understand the causes of the types of effects we’re observing. This is a unique capability that the upgraded APS can offer.”

A paper based on the study, ​“X-ray nanodiffraction imaging reveals distinct nanoscopic dynamics of an ultrafast phase transition,” appeared in the May 6 issue of Proceedings of the National Academy of Sciences.

In addition to Ahn, Holt, Evans and Wen, other authors of the study include Argonne’s Mathew Cherukara, Zhonghou Cai, Michael Bartlein, Tao Zhou, Anthony DiChiara, Donald Walko, as well as Eric Fullerton of the University of California at San Diego.

The work was funded by DOE’s Office of Science (Office of Basic Energy Sciences). 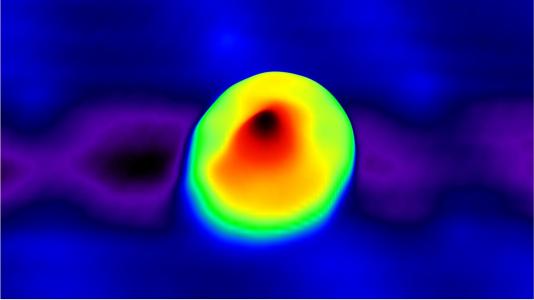 With a powerful X-ray beam technique, researchers explore what makes soft materials such as toothpaste and hair gel relax. The insights they’ve gained can aid in the design of new consumer products and nanotechnologies.
October 10, 2022 | Materials Science and Engineering, Nanomaterials, Polymers 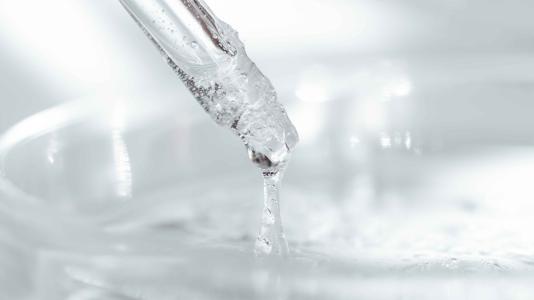