The Maria Goeppert Mayer Fellowship is awarded internationally to outstanding doctoral scientists and engineers who are at early points in promising careers. That it bears the name of Goeppert Mayer underscores the prestige of this fellowship.

All application materials must be submitted by 7:00 PM Central Standard Time (U.S.) on October 1, 2021. Incomplete applications will not be considered for review.

Candidates for the fellowships must display superb ability in scientific or engineering research and must show definite promise of becoming outstanding leaders in the research they pursue. Fellows work closely with an Argonne sponsor to pursue their research interests. Fellows are hired as an Argonne Scholar with full benefits, a highly competitive salary and a stipend for research support. Fellows may renew their appointments on an annual basis for up to 3 years, with the possibility of retention.

Candidates are encouraged to review Argonne’s scientific and engineering research areas and suggest Argonne divisions aligning with your research proposal.

To be considered for the Maria Goeppert Mayer Fellowship, candidates must apply through Requisition 411040. Applicants must read the detailed applicant instructions before applying.

Briefly, complete application packages will include: 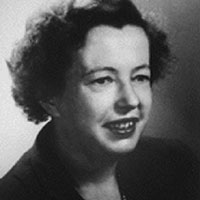 Maria Goeppert Mayer was a theoretical physicist and received the Nobel Prize in Physics in 1963 for proposing the nuclear shell model of the atomic nucleus — work she conducted while here at Argonne as a senior physicist. It was during her time at Chicago and Argonne that she developed a mathematical model for the structure of nuclear shells, the work for which she was awarded the Nobel Prize in Physics in 1963, shared with J. Hans D. Jensen and Eugene Paul Wigner. Goeppert-Mayer’s model explained ​“why certain numbers of nucleons in the nucleus of an atom cause an atom to be extremely stable”. This had been baffling scientists for some time. These numbers are called ​“magic numbers”. She postulated, against the received wisdom of the time, that the nucleus is like a series of closed shells and pairs of neutrons and protons like to couple together in what is called spin orbit coupling.