Argonne’s collaborations in Alabama and across the United States have led to groundbreaking discoveries and development of new technologies that help meet the nation’s needs for sustainable energy, economic prosperity, and security.

Scientists at the University of Alabama at Birmingham (UAB) and the University of Wisconsin (UW)–Madison are collaborating with the U.S. Department of Energy’s (DOE) Argonne National Laboratory to unleash the power of three radioactive isotopes of the metallic element, scandium.

In tandem, scandium isotopes 43, 44 and 47 are what scientists call theranostic ― that is, they’re useful for diagnosing and treating cancer. Scandium-43 and scandium-44 can be incorporated into agents that target solid tumors for imaging, while scandium-47 can become part of a treatment that destroys them, enabling doctors to develop more precise treatment plans for patients. However, because scandium-43 and scandium-44 have a half-life of less than four hours, the isotopes must be isolated, purified and used in treatment all on the same day or their effectiveness is greatly reduced. The challenge lies in rapidly producing and deploying the isotopes in useful amounts.

Collaborators at the UAB and UW use their cyclotrons to produce scandium isotopes from titanium and calcium targets while Argonne produces scandium-47 using its electron accelerator. Once purified, the isotopes will be ready for use. The collaborators’ work holds the promise of important advances in diagnosing and treating cancer.

This research is supported by DOE’s Isotope Program, managed by the Office of Science for Isotope R&D and Production.

Each year, influenza kills 250,000 to 500,000 people worldwide. Because viruses are noted for quick changes that produce pandemic strains against which few people have immunity, the need to develop novel antiviral compounds is great. Molecular virologist Chad Petit led a team of scientists at the University of Alabama at Birmingham to research ways to fight influenza. The team used the extreme-brightness X-rays from the Advanced Photon Source (APS), a DOE Office of Science User Facility, located at Argonne, to study proteins from two distinctly different influenza strains.

Scientists using the APS do not work with live virus samples, but rather with crystals grown from proteins. X-rays diffract off the crystals and provide a picture of their atomic structures. The team identified two inhibitors: molecular mechanisms that, while not destroying the virus, stop it from blocking the body’s immune response. One of the proteins under study came from the H7N9 avian flu virus that affected poultry in China. The other came from the Spanish flu of 1918, a pandemic that infected one-third of the world’s population and killed 50 million to 100 million people.

A team from the University of Alabama, in Tuscaloosa, has won Year Three of the latest EcoCAR Mobility Challenge, a DOE Advanced Vehicle Technology Competition (AVTC). EcoCAR provides graduate and undergraduate students with real-world, hands-on experience in designing and building next-generation mobility solutions. Launched in 2018, the program offers a challenging, real-world training ground for the next generation of automotive engineers.

Under the program, teams from 11 North American universities apply advanced propulsion systems, electrification, vehicle automation and connectivity to improve the energy efficiency of a 2019 Chevy Blazer while also balancing such aspects as emissions, safety and consumer acceptability.

Teams have four years to transform their vehicles from design concept into reality, building an energy efficient, connected and semi-automated vehicle. During the first two years, teams design and integrate their propulsion system into their car, and in Year Three they get behind the wheel to evaluate their model’s drivability, performance and energy efficiency. In Year Four, teams refine their vehicle to maximize its energy efficiency, safety and consumer acceptability. Argonne has managed the AVTCs for more than 30 years.

How decades of work at Argonne led to a pivotal moment for U.S. nuclear plants

The Ohio State takes honors in The EcoCAR Mobility Challenge 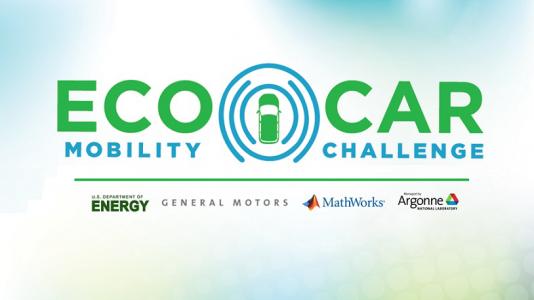