Argonne’s collaborations in Wyoming and across the United States have led to groundbreaking discoveries and development of new technologies that help meet the nation’s needs for sustainable energy, economic prosperity, and security.

Scientists from the U.S. Department of Energy’s (DOE) Argonne National Laboratory and other institutions are working with Bozeman, Montana–based Absaroka Energy to evaluate a pumped storage hydropower (PSH) facility in central Wyoming. Located along the proposed route of the Energy Gateway West transmission line, the 400-megawatt PSH facility would be able to serve additional areas in the West and Southwest.

Renewable energy depends on reliable forms of energy storage and nearly all of the world’s energy storage installations use pumped storage hydropower ― the proven and reliable way of storing large quantities of energy. However, in recent years new PSH plants have become increasingly difficult to develop. To help developers, owners and operators assess the value of a PSH project, Argonne scientists spearheaded the development of the DOE-sponsored pumped storage valuation guidebook. Researchers from Argonne and other national laboratories closely collaborated with Absaroka Energy as their planned Wyoming PSH project served as a real-world test case for the valuation methodologies and approaches presented in the guidebook.

As wind farms proliferate in the United States, their impact on wildlife poses a significant consideration. In Wyoming, for example, concern over the sustainability of the greater sage-grouse has led to widespread restrictions on wind energy development. The sage-grouse population in Wyoming has declined to the extent that it has been considered for listing as an endangered species.

Future work will incorporate climate change scenarios into the model, include other species and expand predictive capability across renewable energy types and other large-scale development. Plans also call for modifying the model so that other users — such as land management agencies, planners and developers — could evaluate the effects of energy development on important wildlife species.

Argonne is home to the nation’s only laser-based krypton atom-counting machines — two of only a few such devices in the world. At Argonne’s Trace Radioisotope Analysis Center (TRACER), scientists capture and count isotopes of the rare element krypton to determine the age of ice and groundwater from diverse and extreme geographies — a process known as radiokrypton dating.

The TRACER Center uses a novel technique called Atom Trap Trace Analysis (ATTA) to perform this dating, which provides information about the dynamics, flow rates, and direction of water in aquifers, particularly those vital to arid regions. Equipped with two ATTA devices, a state-of-the-art high-throughput system and a dedicated research and development beamline, the Center enables scientists to analyze samples while also focusing on research. So far, TRACER has dated hundreds of samples, including those from hydrothermal systems in Wyoming’s Yellowstone National Park in addition to wetlands, deserts and glacial ice.

Funding for the ATTA technique and its initial facility was provided by the Office of Nuclear Physics within the DOE’s Office of Science and through Argonne’s Laboratory Directed Research and Development program. 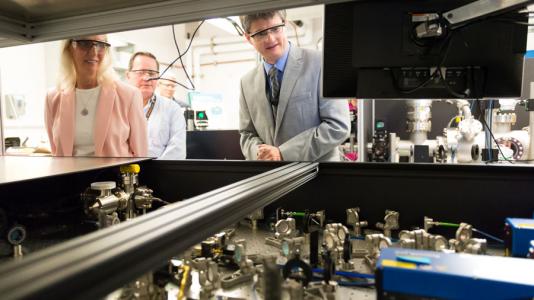 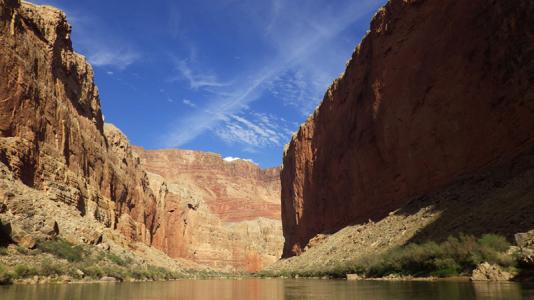