Argonne’s collaborations in Ohio and across the United States have led to groundbreaking discoveries and development of new technologies that help meet the nation’s needs for sustainable energy, economic prosperity, and security. 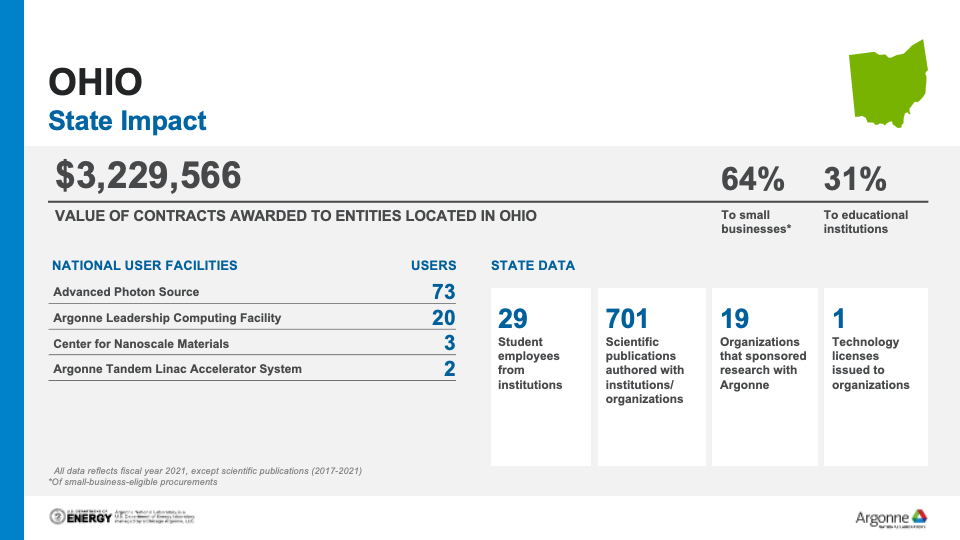 You can easily rotate a baseball in your hand by twisting your fingers. But you need inventive scientists with access to world-class scientific facilities to rotate an object that is only two billionths of a meter wide. That is a million times smaller than a raindrop. With the help of the world-class scientific facilities of the Center for Nanoscale Materials (CNM) and Advanced Photon Source (APS), scientists at the U.S. Department of Energy’s (DOE) Argonne National Laboratory and Ohio University were able to precisely rotate and study the characteristics of a single molecule. The key ingredient in the molecule is a single atom of europium, a rare earth element. It rests at the center of the molecule and gives it many potential applications. The ability to control the motion of such a rare earth complex could impact a wide spectrum of technologies. That includes next generation microelectronics, quantum technologies, catalysis to speed up reactions, conversion of light into electricity and more. The team’s europium complex would reduce the amount of rare earth needed for a particular device and would be much less expensive to manufacture in mass quantities. Both the CNM and APS are DOE Office of Science user facilities.

Researchers at Argonne invented a game-changing structure for battery technology that led to multiple commercialization agreements and the building of two manufacturing plants in the Midwest, including one in Elyria, Ohio, by BASF Corp.

Argonne’s Nickel Manganese Cobalt (NMC) blended cathode structure was developed roughly 15 years ago. The development of NMC represented a major leap in lithium-ion battery technology from earlier cathode chemistries. It offers the longest lasting energy available in the smallest, lightest package. In 2009, BASF, the second largest producer of chemicals and related products in North America, licensed the NMC cathode technology and invested in further research and development as well as facilities to produce NMC-based products, which are used in electric and hybrid vehicles, personal electronics and power tools. In 2012, BASF invested $50 million to construct a 70,000-square-foot manufacturing plant in Elyria. Argonne and BASF also received a Deals of Distinction Award from the Licensing Executives Society Inc.

A team of researchers from Argonne and Ohio State won the Best Paper Award at the IEEE Scientific Visualization conference in Vancouver, Canada, in October 2019. The conference featured original research papers on scientific visualization, including theory, methods and applications ranging from mathematics and physical science to biosciences, economics and multimedia.

The paper, ​“InSituNet: Deep Image Synthesis for Parameter Space Exploration of Ensemble Simulations,” presents a deep learning model for exploring parameter space for large-scale ensemble simulations in situ. The solution proposed by the Argonne-Ohio State team is a deep learning-based model, called InSituNet. Their approach works like this: Data is collected from an ensemble of simulations and visualized in situ using various visual mapping and view parameters. The model is then trained to learn the mapping from ensemble simulation parameters to visualizations of corresponding simulation outputs. 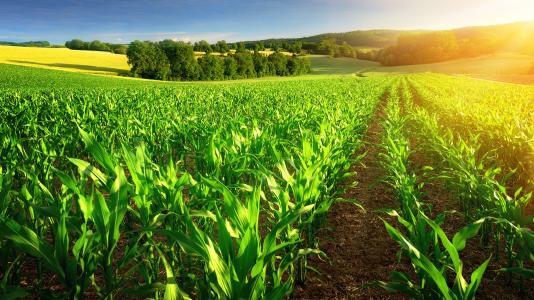 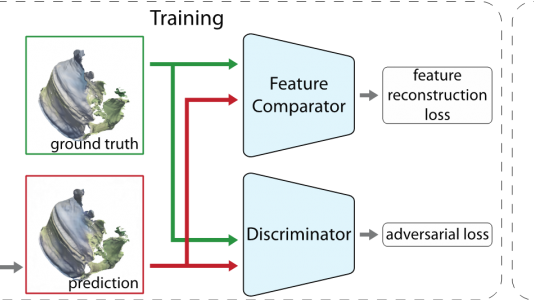