Argonne’s collaborations in Hawaii and across the United States have led to groundbreaking discoveries and development of new technologies that help meet the nation’s needs for sustainable energy, economic prosperity, and security. 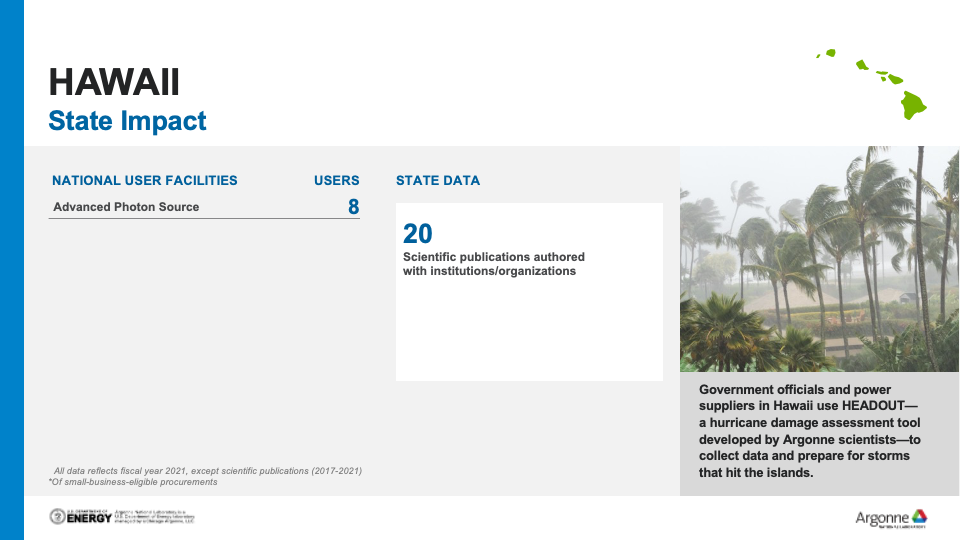 Armed with HEADOUT, a hurricane damage assessment tool developed by scientists at the U.S. Department of Energy’s (DOE) Argonne National Laboratory, government officials and power suppliers in Hawaii were able to collect data and prepare for two historic storms that hit the islands in 2018.

Initially categorized as a Category 4 hurricane, Olivia was downgraded to a tropical storm before making landfall and causing severe flooding and wind damage. It was the first tropical cyclone to hit the islands of Maui and Lanai in recorded history. With torrential rainfall and strong winds, Category 5 Hurricane Lane was the wettest storm on record, at one point dropping 58 inches of rain along the slopes of Mauna Loa, one of Hawaii’s active volcanoes.

Argonne originally developed HEADOUT as a quick turnaround tool to estimate a storm’s impact on the power grid, but now it offers much more. Besides providing real-time support for government officials and power suppliers, HEADOUT offers training and exercise support as well as long-term grid planning for DOE as part of a resilience modeling effort for North America.

Making accurate climate-relevant observations where such data is scarce or difficult to capture is the mission of the Atmospheric Radiation Measurement (ARM) mobile facility. Developed in 2010 and maintained and operated by Argonne, this climate research facility’s suite of atmospheric sensing instruments records the properties of clouds, precipitation, aerosol particles and radiation in a variety of environments.

In its first marine-based campaign, ARM deployed this mobile facility aboard a cargo container ship in the Pacific Ocean, collecting data for a year while the ship pursued its scheduled route between Honolulu and Los Angeles. Led by principal investigator Ernie Lewis of the DOE’s Brookhaven National Laboratory in Upton, New York, the campaign provided the first observations of the elusive cloud transitions that happen over the North Pacific. The rich data from this research enabled scientists to study the transition from low, drizzly stratocumulus clouds near California to puffy cumulus clouds closer to Hawaii. To support ocean-based deployments, ARM incorporated wireless communication technology as well as platforms that could withstand ship motion and instruments to observe the properties of the ocean surface.

Assessing battery performance: Compared to what? 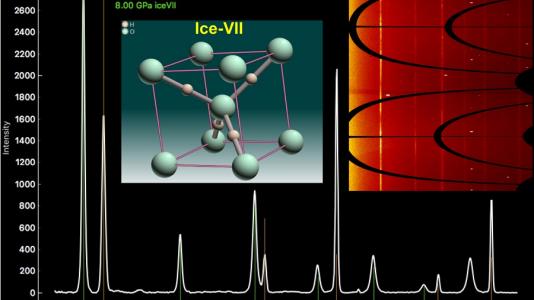