Argonne’s collaborations in Massachusetts and across the United States have led to groundbreaking discoveries and development of new technologies that help meet the nation’s needs for sustainable energy, economic prosperity, and security. 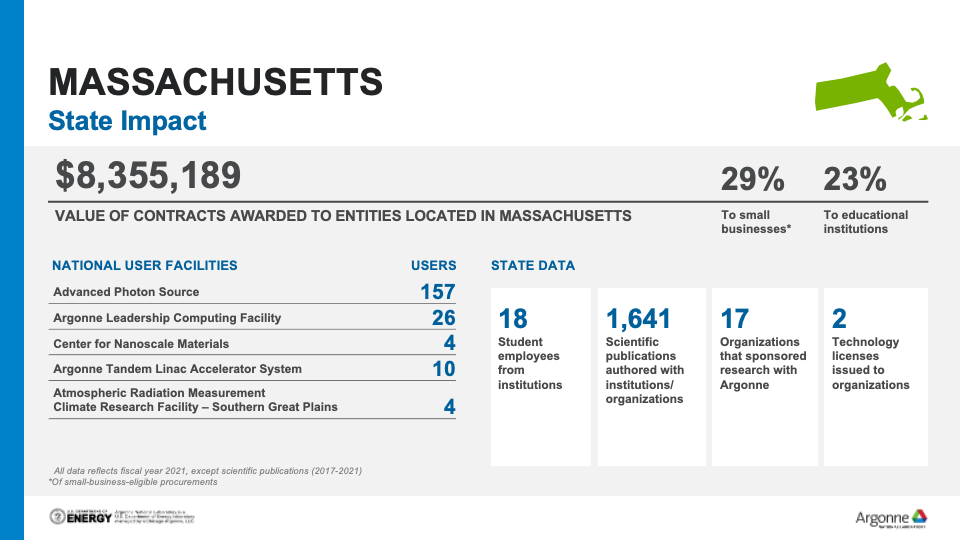 Permafrost, the perennially frozen subsoil in Earth’s northernmost regions, covers about 15% of land from the Arctic Ocean coastline through much of Alaska, northern Canada and northern Eurasia. A multi-institution study led by Woodwell Climate Research Center in Woods Hole, Massachusetts, and including the U.S. Department of Energy’s (DOE) Argonne National Laboratory discovered that with rising global temperatures, the decomposition of organic matter in permafrost soil during winter can be substantially greater than previously thought.

The new numbers show that permafrost region soils release much more CO2 over the entire year than plants use during the summer. Scientists also found that the CO2 released by permafrost soil during winter could increase 41% by 2100 if greenhouse gas emissions continue to increase.

The study, which includes data gathered from more than 100 sites in Alaska by several institutions in addition to Argonne, was published in Nature Climate Change. The team’s findings highlight the need for more research on the permafrost region’s CO2 emissions, and demonstrate the significant impact these emissions could have on the greenhouse effect and global warming.

With the invention of a novel air-breathing aqueous sulfur battery, scientists at the Joint Center for Energy Storage Research (JCESR) led by the U.S. Department of Energy’s (DOE) Argonne National Laboratory may have ushered in a new era in long-duration energy storage. JCESR spun out Somerville, Massachusetts–based Form Energy to commercialize its innovative concept, a flow battery based on inexpensive, Earth-abundant materials that will be the nation’s longest-running, lowest-cost electric grid battery. Founded in 2017, the startup is headed by JCESR scientists affiliated with the Massachusetts Institute of Technology (MIT).

The batteries will first be made and deployed in the United States; eventually, scientists say, the technology could be exported anywhere in the world.

“The objective was to solve the unmet need for backing up wind and solar generation on consecutive overcast or calm days and to do so with a commercially viable solution,” said Yet-Ming Chiang, co-founder of Form Energy and an MIT professor of materials science who holds more than 80 patents.

“We are thrilled that Form Energy commercialized JCESR’s innovations for long-duration discharge batteries so quickly. This is a model for how the lab-to-market transition should work,” said George Crabtree, JCESR director.

The EcoCAR challenge: To integrate advanced propulsion systems, electrification, vehicle automation and connectivity to improve the energy efficiency of a 2019 Chevrolet Blazer, while also balancing such aspects as emissions, safety and consumer acceptability. Competitions like EcoCAR help shape engineering curriculum in higher education, providing students with real-world engineering problem-solving experience and equipping them for their future careers. Argonne has managed Advanced Vehicle Technology Competitions for the DOE for over 32 years.

Connected to a network of veins, arteries and capillaries spanning more than 60,000 miles, the heart is the human body’s most important muscle. Yet, even with heart disease ranking as the world’s number one cause of death, understanding the heart’s physiology remains elusive. To learn more about muscle function, researchers used the BioCAT beamline at the  Advanced Photon Source (APS), a DOE Office of Science user facility at Argonne to study how tarantula muscles contract and relax. Both human and spider muscles contain myosin, a family of motor proteins essential to movement, and studying the myosin in spider muscles may provide insights into the ways our own muscles move.

Scientists at the University of Massachusetts Medical School, Worcester and the Illinois Institute of Technology in Chicago conducted X-ray diffraction experiments to learn how tarantula muscles are activated. Tarantulas have well-ordered filaments in their muscles, which allows for strong X-ray diffraction patterns. The team demonstrated the presence of two interacting molecular motors in live muscle that produce the force in that muscle — structures that, other studies suggest, also exist in the human heart. The team’s findings may help advance the design of more -effective drugs for human heart conditions, such as hypertrophic cardiomyopathy, in which a thickened heart muscle can lead to cardiac arrest.

Study explores the mechanical properties of these materials as they evolve from elastic gels to glassy solids.
April 27, 2021 | Massachusetts
Feature Story

Research team uses powerful X-rays to uncover the structure and behavior of proteins regulating tarantula muscle movement, which could teach us more about our own muscles.
October 22, 2020 | Biology, Structural Biology, X-Ray Science and Technology 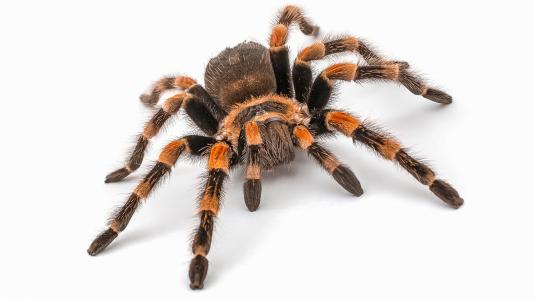