Argonne’s collaborations in Arizona and across the United States have led to groundbreaking discoveries and development of new technologies that help meet the nation’s needs for sustainable energy, economic prosperity, and security. 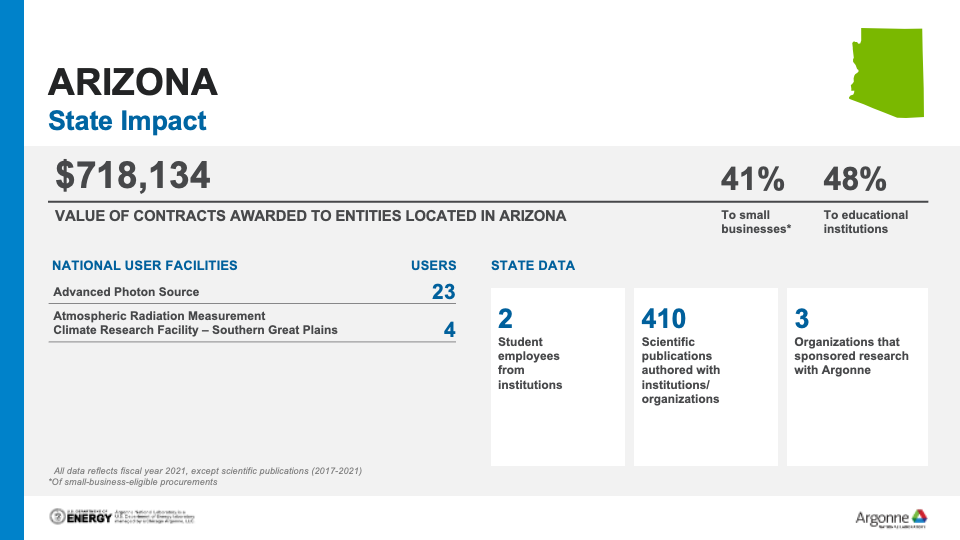 Argonne teams with U.S. Department of Defense and Duke Energy to monitor birds around solar facilities

A U.S. Department of Energy (DOE) study estimates that solar energy must increase by 10 times to meet the U.S. decarbonization goal by the start of the next decade. Bird fatalities surrounding solar energy facilities have become a concern, as current monitoring methods do not provide sufficient information.

Researchers in DOE’s Argonne National Laboratory’s Environmental Science division are partnering with Duke Energy and U.S. Department of Defense’s Partners in Flight/Luke Air Force Base (AFB) to develop a much-needed bird monitoring technology to investigate the impacts of solar energy facilities on bird populations. The project is funded by the DOE Solar Energy Technologies Office.

The system’s AI techniques include computer vision supported by machine learning/deep learning (ML/DL) algorithms. It works by monitoring the area with high-definition edge-computing cameras, detecting birds, classifying bird activity in live-stream video, and reporting bird activities to users. When a bird collision is detected, it will notify users shortly after it occurs.

Dan Shim, an associate professor at Arizona State, and his team of researchers simulated conditions of planets completely covered in water to learn how life could be supported without land masses. They re-created conditions from those water-filled worlds with the help of the Advanced Photon Source (APS), a DOE Office of Science user facility at the Argonne. The team brought their samples to two APS beamlines: GeoSoilEnviroCARS (GSECARS), operated by The University of Chicago, and High-Pressure Collaborative Access Team (HPCAT) operated by Argonne’s X-ray Science Division.

The researchers’ findings were published in the Proceedings of the National Academy of Sciences and focused on a new transitional phase between silica and water, indicating that the boundary between water and rock on exoplanets is not as solid as it is on Earth. This pivotal discovery could change the way astronomers and astrophysicists model exoplanets and inform the way we think about life evolving on them.

Researchers from Arizona State University and Virginia Tech collaborated with the DOE’s Argonne National Laboratory for a groundbreaking study showing that gravity shifts blood and air sacs in grasshoppers, who respond with cardiovascular changes similar to those observed in humans. The primary data of X-ray images was collected at Argonne’s Advanced Photon Source.

“While it has long been known that vertebrates rely on compensatory responses to gravity with changing body orientation, this topic has not been previously studied in invertebrates,” the study said in the Proceedings of the National Academy of Sciences. The study’s findings suggest that gravity-driven cardiovascular responses may be ancient and widely shared among animals, opening the door for invertebrates as model systems for investigation of cellular and systemic mechanisms of gravity responses. The researchers believe there will be many follow-ups to this study in insect physiology. 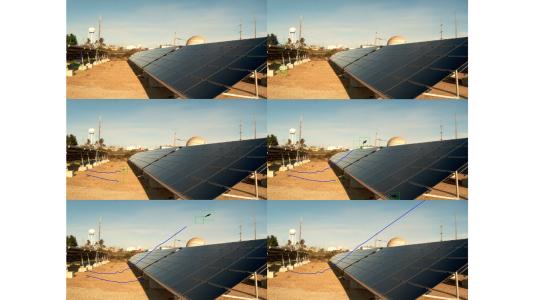 Deep Down in Ocean Worlds, it’s Difficult to Tell Where the Oceans End and the Rock Begins

Beneath the surface of our galaxy’s water worlds

A team of researchers simulated conditions on water-rich exoplanets in the laboratory and learned something surprising about their geological composition.
June 24, 2020 | Astronomy and Astrophysics, Planetary Science, Environmental and Earth Science 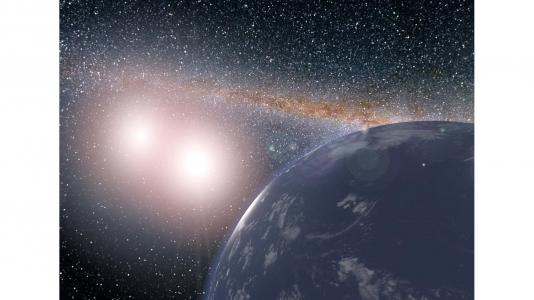 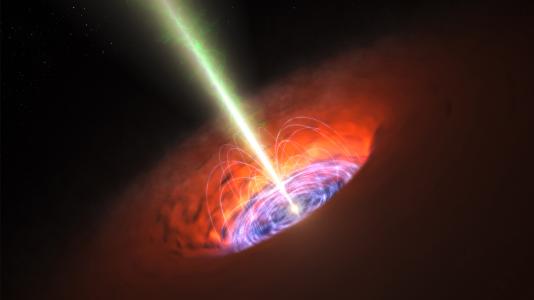