Argonne’s collaborations in Washington and across the United States have led to groundbreaking discoveries and development of new technologies that help meet the nation’s needs for sustainable energy, economic prosperity, and security. 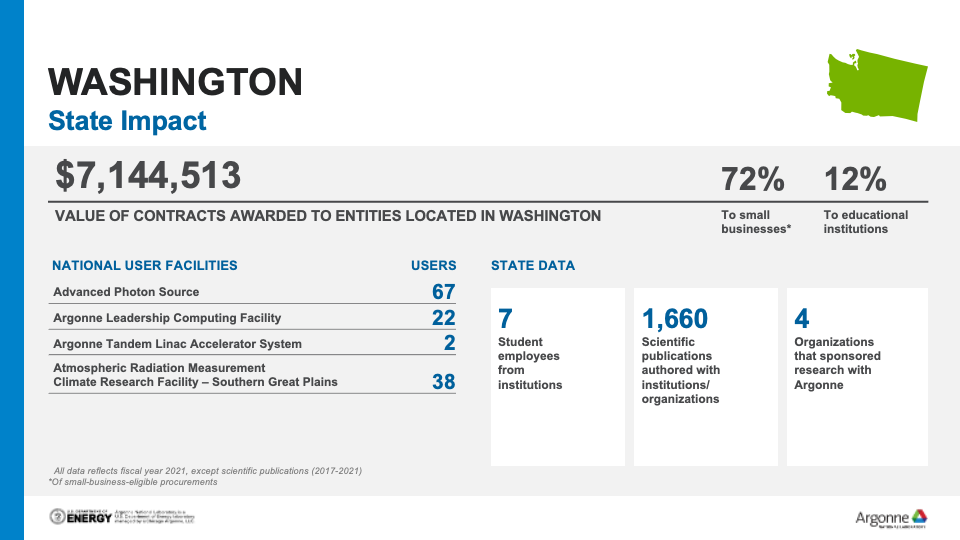 University of Washington researchers, led by David Baker, head of the Institute for Protein Design, are working with the U.S. Department of Energy’s (DOE) Argonne National Laboratory to advance protein structure modeling capabilities. These same tools also are enabling the design of synthetic mini-proteins, known as peptides, for the treatment of an array of diseases, such as influenza and coronavirus. Proteins are complex molecules that drive virtually all cellular functions, and the design of new ones could significantly reduce the costs associated with drug design and discovery research.

The Argonne Leadership Computing Facility staff helped implement a molecular design algorithm in the General Atomic and Molecular Electronic Structure System (GAMESS), developed scripts to generate inputs and run large numbers of calculations, and assisted with analysis and interpretation of the results. The study was published in the Journal of Computational Chemistry. The team’s discovery by computation of new stable peptides provides valuable data for improving molecular force fields. More broadly, the design of synthetic peptides could unlock new medicines, manufacturing, and materials science, including the design of new therapeutics to combat infectious disease.

The heart muscle contractions that pump blood are generated by interactions between actin and myosin. Myosin is a motor protein that powers movement at the molecular level by converting the molecule ATP into energy. Earlier research in the lab of Michael Regnier, University of Washington (UW) professor of bioengineering, had shown that dATP, a natural variant of ATP, can be used to promote stronger heart function. But there remains a pressing need for data to explain why dATP helps to increase contractile force in heart disease. A new study headed by Dr. Regnier, who is also a researcher at the UW Medicine Institute for Stem Cell and Regenerative Medicine and Director of the Center for Translational Muscle Research, offers new insights, with unprecedented precision, about the nature of dATP. The results were detailed in the journal Proceeding of the National Academy of Sciences of the United States of America. The research team includes scientists from the University of Washington, the University of California, San Diego and the Illinois Institute of Technology.

TerraPower and ARC partner with Argonne for safer nuclear reactors

TerraPower, LLC (Bellevue, Washington) and Advanced Reactor Concepts, LLC (Chevy Chase, Maryland) partnered with Argonne on SAS4A/SASSYS-1 software for the authorization and licensing process of sodium-cooled fast nuclear reactors. SAS4A/SASSYS-1 is a simulation tool for analysts determining the safety of a reactor design that may be subjected to range of high temperatures, high power and other off-normal conditions, according to Acacia J. Brunett, principal nuclear engineer in Argonne’s Nuclear Science and Engineering division.

A utility, vendor or other industry member must obtain authorization from DOE, or a license from the U.S. Nuclear Regulatory Commission (NRC), to build the reactor. The applicant first must demonstrate the safety of their proposed design to DOE or NRC, where the pedigree and suitability of the simulation software used to show design acceptance is also confirmed. In July 2019, DOE provided funding for the project, supported by the Technology Commercialization Fund, managed by DOE’s Office of Technology Transitions.

Seventeen from Argonne recognized with Secretary of Energy’s Honor Awards 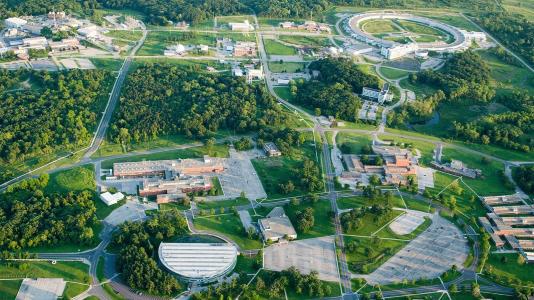 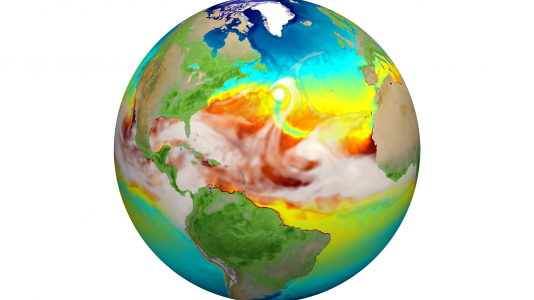