Argonne’s collaborations in Indiana and across the United States have led to groundbreaking discoveries and development of new technologies that help meet the nation’s needs for sustainable energy, economic prosperity, and security. 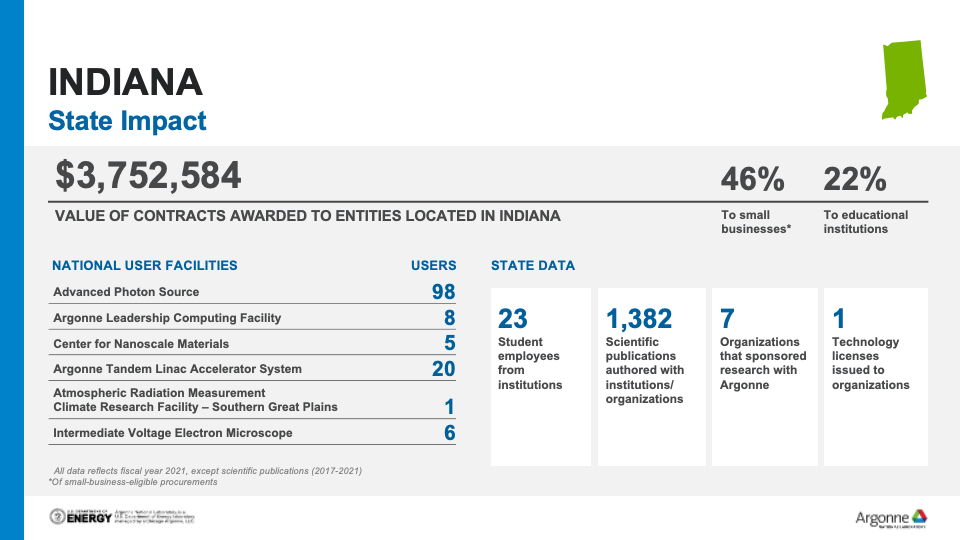 In a new study, Wang and a team of collaborators designed high resolution regional model experiments to explore how lake surface temperatures may affect the climate of the Great Lakes region.

The study indicates that rising lake surface temperatures have the potential to destabilize regional climate conditions throughout the Great Lakes basin. This could increase extreme weather events, causing larger storms and flooding in an area that is home to 30 million people.

Accurate regional and global climate models, as informed by the work of COMPASS, will be crucial for understanding how climate change will affect our lives and infrastructure in the next twenty to thirty years. They can also help shape the country’s plans for climate resilience.

All cancer patients are different and respond differently to the same therapy. But what if a medical team could create a ​“virtual twin” of a patient and their cancer, simulating how cancer cells behave in order to test treatment options? A multi-institution research team including Argonne has brought the power of high-performance computing to improve cancer immunotherapy.

A promising treatment, immunotherapy realigns a patient’s immune system to reduce or kill cancer cells. However, the therapy is successful in only 10% to 20% of patients because cancer cell behavior is still poorly understood. Using supercomputers, Argonne computational scientists are collaborating with partners at Indiana University, Bloomington and the University of Vermont Medical Center, Burlington to study how immunotherapy works and why it works for only some, but not all, cancer patients.

The team used a technique called agent-based modeling to predict how cancer cells and immune cells interact. The team simulated scenarios under which immune cells successfully killed tumor cells and where cancer cells evaded the immune system. Their approach promises a greater understanding of how the immune system interacts with many types of cancer.

A team from Indiana University, Bloomington and Montana State University used the protein found in spider webs to advance its study of viruses at Argonne’s Advanced Photon Source (APS), a DOE Office of Science user facility.

An infectious virus carries ​“cargo” within its spherical shell and, once it’s released, the cargo can invade a host organism and reproduce itself. However, a virus’s cargo can be removed, leaving noninfectious virus-like particles (VLPs) that can be used to encapsulate something useful, like an enzyme or a drug. Scientists have developed a growing appreciation of these virus-like particles, not as infectious agents but as ​“building blocks” to form larger, beneficial materials.

The researchers discovered they could use the protein in spider web silk to replicate the building blocks found in the salmonella virus. They replaced the infectious salmonella cargo with two types of noninfectious enzymes and monitored how the newly assembled virus-like particles grew. X-ray beams at the APS confirmed the material’s structure (and also the team’s ability to disassemble the VLPs for later reuse). Their discovery suggests it may be possible to ​“re-engineer” harmful viruses and convert them into carriers that benefit society.

From 2017 to 2019, Hamilton was an innovator in Chain Reaction Innovations (CRI), Argonne’s highly sought-after entrepreneurship program that provides the most promising innovators from across the U.S. with world class technical support and business mentorship. Hamilton, who was named to Forbes’ 30 Under 30 in Energy list in 2018, worked with senior Argonne scientists and engineers while at CRI and gained access to facilities and tools that helped him make breakthroughs that have proved pivotal to the company’s success.

Fair Oaks, Indiana-based Fair Oaks Farms, a large dairy cooperative with about 36,000 cows, is part of a trailblazing project that bodes well for the future of renewable natural gas. The farm converts manure to renewable compressed natural gas (R-CNG) using a large anaerobic digester, and then the fuel powers its milk tanker trucks. Argonne and the sustainable energy NGO Energy Vision collaborated on a 2018 case study, funded by the DOE Vehicle Technologies Office’s Technology Integration program, that highlights Fair Oaks as among the first to produce R-CNG vehicle fuel by using anaerobic digesters to capture  biogases from decomposing organic waste. R-CNG is a fully renewable fuel and produced from anaerobic digestion of waste, which means making and using it results in lower atmospheric greenhouse gas (GHG) than if the fuel were never made or used.

East Chicago, Indiana-based ArcelorMittal Global Research and Development is partnering with Argonne and Purdue University Northwest on high performance computing to enable energy-efficient, defect-free manufacturing of steel slabs. Reheat furnaces have an essential role in steel production, but their operation is both energy-intensive and complex. This collaborative research uses advanced simulation and high performance computing technologies to investigate ways that steel manufacturers can improve slab quality, increase productivity, reduce energy consumption and improve environmental benefits. It was funded in 2019 by the DOE’s High Performance Computing for Manufacturing (HPC4Mfg) program.

The HPC4Mfg program aims to help U.S. manufacturers become more productive and competitive through the advancement of energy-efficient and cleaner production technologies. ​“With this research project, we hope to develop synergies by tapping expertise from all three organizations to advance science and engineering, while contributing to the growth of the steel manufacturing industry,” said May Wu, principal environmental systems analyst in Argonne’s Energy Systems and Infrastructure Analysis division. Argonne’s Leadership Computing Facility and Computational Science division also participated.

A team of scientists from national laboratories and universities has developed a device that can sort information similarly to the most sophisticated machine known to mankind: the human brain.
March 02, 2021 | Modeling and Simulation, Artificial Intelligence, Neuromorphic Computing

A new material developed by scientists from three different disciplines can sense glutamate in the brain, and may lead to new tools to combat neurological disorders.
October 01, 2020 | Neuroscience, Materials Science and Engineering, X-Ray Science and Technology 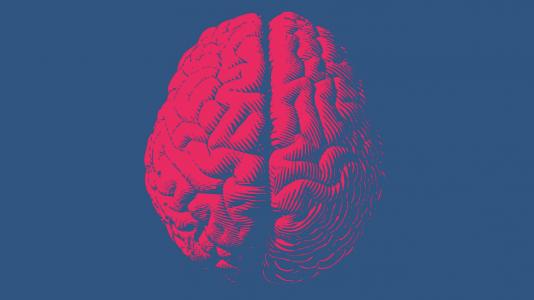