Argonne’s collaborations in New Hampshire and across the United States have led to groundbreaking discoveries and development of new technologies that help meet the nation’s needs for sustainable energy, economic prosperity, and security. 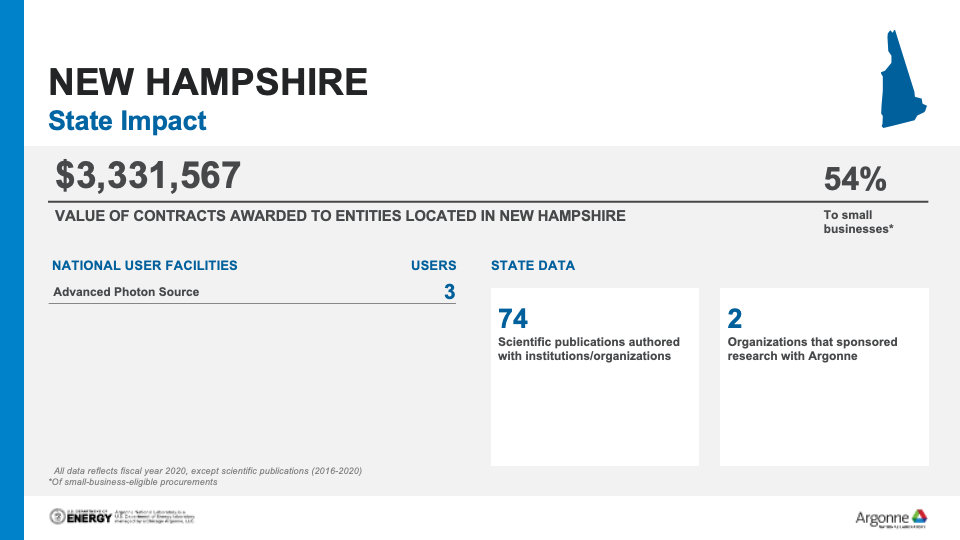 According to the U.S. Environmental Protection Agency, greenhouse gas (GHG) emissions in the transportation sector account for nearly 30% of the nation’s total GHG emissions. In a study by a team from Dartmouth College, Hanover, New Hampshire, the U.S. Department of Energy’s (DOE) Argonne National Laboratory and other institutions, researchers discovered a cost-effective way to convert ethanol into a hydrocarbon fuel that can reduce emissions by as much as 96% . The multidisciplinary team’s discovery marks a major advance in interchangeable biofuels and can promote research on their use in aviation, long-haul trucking and shipping.

Recent advances enabled the team to consolidate a three-step method converting ethanol to hydrocarbons into one step to create a process called consolidated alcohol dehydration and oligomerization, or CADO. CADO promises lower costs and a smaller environmental footprint. The team evaluated the environmental impacts of CADO using Argonne’s GREET (Greenhouse Gases, Regulated Emissions, and Energy use in Transportation) model. A powerful analytical tool, GREET is one of only a few tools to provide a complete picture of the energy and environmental impacts of an entire vehicle and fuel system.

Sea ice — the frozen water at Earth’s polar regions — helps regulate the exchange of heat and chemicals between oceans and the atmosphere and has a significant effect on climate. Sea ice contains the salts found in seawater, and these are concentrated in brine channels that run through the ice. Scientists want to understand how bromide and other salts get from the ocean to the lower atmosphere, where they play a role in many atmospheric chemical interactions important to climate change, such as ozone depletion.

To investigate these findings, a team led by Dartmouth College professor Rachel Obbard traveled to the Antarctic to collect samples of sea ice. They used a technique called synchrotron X-ray microfluorescence spectroscopy at Argonne’s Advanced Photon Source (APS) to help them identify the salts’ precise location in sea ice.

The extremely bright X-rays of the APS, a DOE Office of Science user facility, can be focused on a very small spot and then maneuvered over the sample, which enabled the team to map the location of bromide and other salts at a very fine spatial resolution in their samples. Knowing more about the location of these salts helps scientists make assumptions about chemical interactions between sea ice and the atmosphere that play a role in climate change.

It’s just after three in the morning on a Friday in early summer, and geologist Maryjo Brounce is racing against the clock.
April 03, 2017 | X-Ray Science and Technology, Synchrotron Science, Chemistry 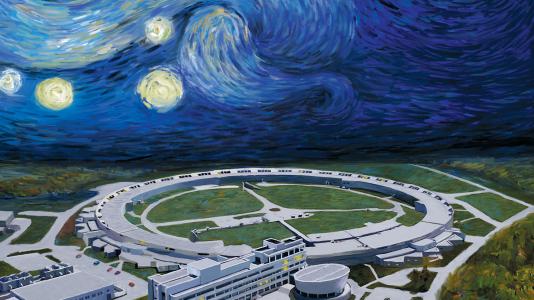